We’ve rounded up a virtual reality fireworks show and some 3D printed accoutrements for a tech-lovers Independence Day BBQ, but first lets learn a little more about fireworks, Via Smithsonianmag

Like many Independence Days before it, this year’s celebrations will undoubtedly involve some sort of pyrotechnics display. Fireworks have been astounding audiences across the globe for centuries, and if the images above (all submitted by our readers) are any evidence, this year’s displays are sure to be just as spectacular as years past.

To pass the time in between rocket launches, here are 14 facts about the history and science of fireworks:

1. The Chinese used firecrackers to scare off mountain men.

As early as 200 B.C., the Chinese were writing on green bamboo stalks and heating it on coals to dry. Sometimes if left too long over the heat, the wood expanded and even burst, with a bang of course. According to Scientific American, Chinese scholars noticed that the noises effectively scared off abnormally large mountain men. And, thus, the firecracker was born. By some accounts, fireworks were also thought to scare away evil spirits.

Sometime between 600 and 900 C.E., Chinese alchemists accidentally mixed saltpeter (or potassium nitrate) with sulfur and charcoal, inadvertently stumbling upon the crude chemical recipe for gunpowder. Supposedly, they had been searching for an elixir for immortality.

This “fire drug” (or huo yao) became an integral part of Chinese cultural celebrations. Stuffing the aforementioned bamboo tubes with gunpowder created a sort of sparkler. It wasn’t long before military engineers used the explosive chemical concoction to their advantage. The first recorded use of gunpowder weaponry in China dates to 1046 and references a crude gunpowder catapult. The Chinese also took traditional bamboo sparklers and attached them to arrows to rain down on their enemies. On a darker note, there are also accounts of fireworks being strapped to rats for use in medieval warfare.

A firework requires three key components: an oxidizer, a fuel and a chemical mixture to produce the color. The oxidizer breaks the chemical bonds in the fuel, releasing all of the energy that’s stored in those bonds. To ignite this chemical reaction, all you need is a bit of fire, in the form of a fuse or a direct flame.

In the case of early fireworks, saltpeter was the oxidizing ingredient that drove the reaction, as British scholar Roger Bacon figured out in the early 1200s. Interestingly, Bacon kept his findings a secret, writing them in code to keep them out of the wrong hands.

Firework color concoctions are comprised of different metal elements. When an element burns, its electrons get excited, and it releases energy in the form of light. Different chemicals burn at different wavelengths of light. Strontium and lithium compounds produce deep reds; copper produces blues; titanium and magnesium burn silver or white; calcium creates an orange color; sodium produces yellow pyrotechnics; and finally, barium burns green. Combining chlorine with barium or copper creates neon green and turquoise flames, respectively. Blue is apparently the most difficult to produce. Pyrotechnic stars comprised of these chemicals are typically propelled into the sky using an aerial shell.

Most modern fireworks displays use aerial shells, which resemble ice cream cones. Developed in the 1830s by Italian pyrotechnicians, the shells contain fuel in a cone bottom, while the “scoop” contains an outer layer of pyrotechnic stars, or tiny balls containing the chemicals needed to produce a desired color, and an inner bursting charge. Italians are also credited with figuring out that one could use metallic powders to create specific colors. Today, the shape that the firework produces is a product of the inner anatomy of the aerial shell or rocket.

Fireworks are an essential part of the Fourth of July experience. It’s tradition. The bright sparkling lights, the big booms, the romance no matter how you slice it fireworks are pretty awesome. Not everyone will experience the big show this year and watching them on TV is not the same experience.

My name is Ron Dagdag and I’m doing a series of VR projects. This is part 3 of 6 series project exploring Virtual Reality as a Maker. We’re not going to create games, we are going to explore different ways to create new experiences and interact in VR. 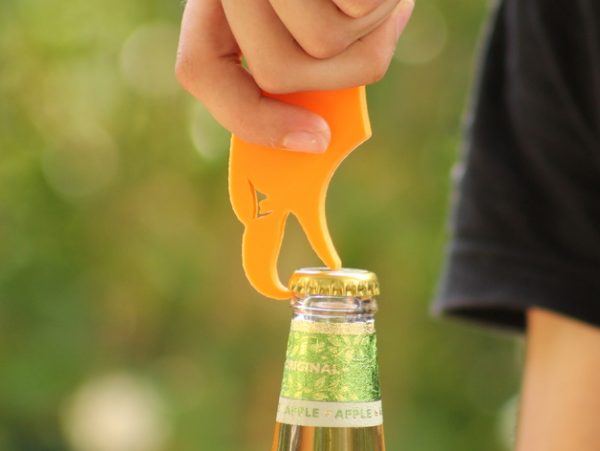 3D print everything you need to celebrate Independence day next year, via 3DPrinterChat

The 4th of July is a favorite holiday for many Americans. The BBQ’s,Beer,Friends,Family, and Fireworks Usually make for an awesome holiday. This year I wanted to add some 3d prints that can be done over the weekend to add a little safe fun to the holiday. So if you Have a 3d printer and a spool of plastic, sit back grab these files and get printing. For those of you that don’t celebrate the 4th of July. These are still fun party prints Give them a shot.