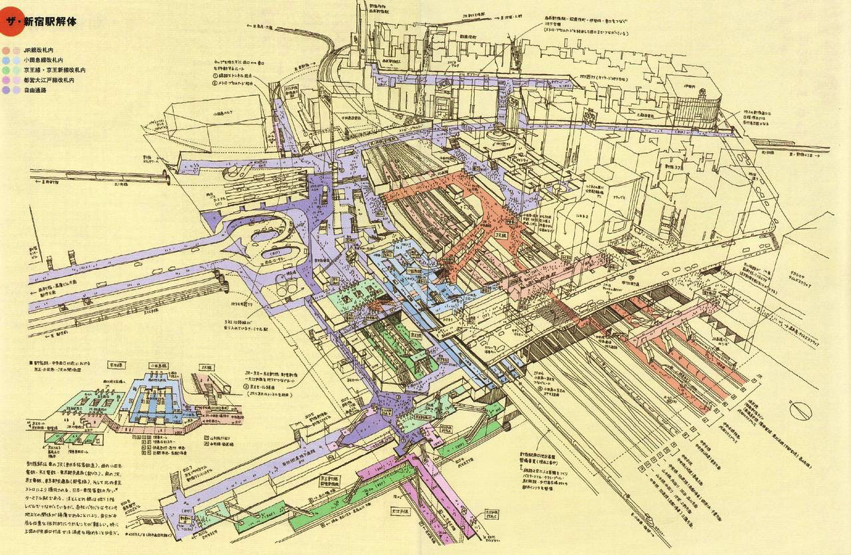 In addition to being an architect, Tomoyuki Tanaka is also a master draftsman. Every project he’s done – from renovations and residential homes to urban planning – has been accompanied by detailed sketches, cross-sections and diagrams, all painstakingly produced by hand. In an age of CAD and computer-generated renderings, Tanaka’s architectural studies stand out as adding a human element to often cold, mechanical renderings of urban architecture.

Over the years, Tanaka has conducted intense studies on some of Tokyo’s major train stations, known to be the busiest in the world. How, in fact, does a single piece of urban architecture support, in the case of Shinjuku Station, 750,000 people in and out per day? Well, having 36 platforms, underground and above ground arcades, numerous hallways and over 200 exits does help. And Tanaka has captured them all in this astounding rendering he did in 2005 for a magazine on train stations. 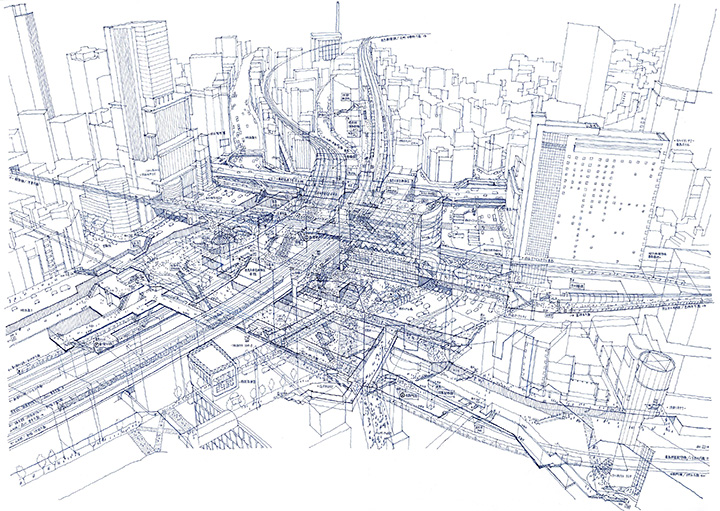