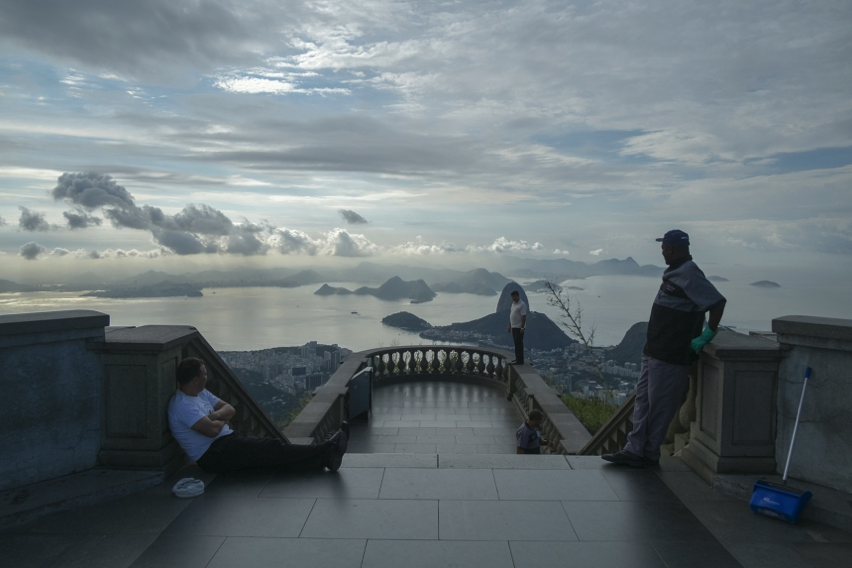 Rather than achieving the ‘perfect shot’ that everyone initially aims for to bring home, Oliver Curtis physically moves to change his perspective in order shoot the area in which some of the world’s most famous landmarks reside. From Creative Boom:

Taken over a period of four years, Volte-face is an invitation to turn around and see a new perspective of the over-photographed sites of the world – to send our gaze elsewhere and to favour the incidental over the monumental.

Oliver feels that despite the landmark not being present in the photograph, the images are still suffused with the aura of the construction. The camera lens effectively acts as a nodal point and, by giving the photograph the title of the unseen partner, this duality becomes a virtue.