Git: What is it & Getting Started with it, via @opensourceway

Opensource.com have an emerging series of articles on Git, beginning first with the question “What is Git?” and then addressing how to get started with version control software. Topics include terms like snapshots, terminal commands, various interfaces used, and even what version control is as a concept.

I’m looking forward to more from this series over time.

If you’re just starting out in the open source world, you’re likely to come across a software project that keeps its code in, and possibly releases it for use, by way of Git. In fact, whether you know it or not, you’re certainly using software right now that is developed using Git: the Linux kernel (which drives the website you’re on right now, if not the desktop or mobile phone you’re accessing it on), Firefox, Chrome, and many more projects share their codebase with the world in a Git repository. 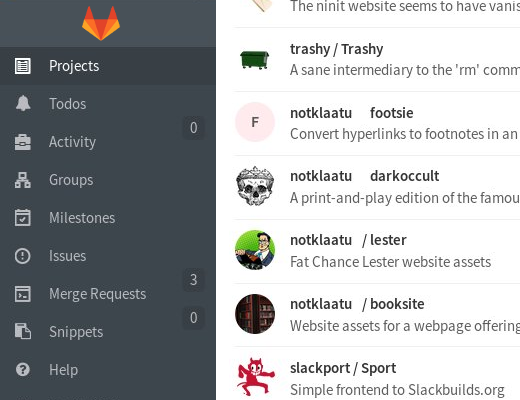 To get the most out of Git, you need to think a little bit more than usual about file formats.

Git is designed to manage source code, which in most languages consists of lines of text. Of course, Git doesn’t know if you’re feeding it source code or the next Great American Novel, so as long as it breaks down to text, Git is a great option for managing and tracking versions.

I especially appreciate this comment from ‘Getting started with Git’:

Not every one of us needs to adopt Git into our daily lives right away. Sometimes, the most interaction you have with Git is to visit a repository of code, download a file or two, and then leave. On the spectrum of getting to know Git, this is more like afternoon tea than a proper dinner party. You make some polite conversation, you get the information you need, and then you part ways without the intention of speaking again for at least another three months.

Because sometimes you just Git and move on!

Read more:
What is Git?
&
Getting started with Git

Comments Off on Git: What is it & Getting Started with it, via @opensourceway