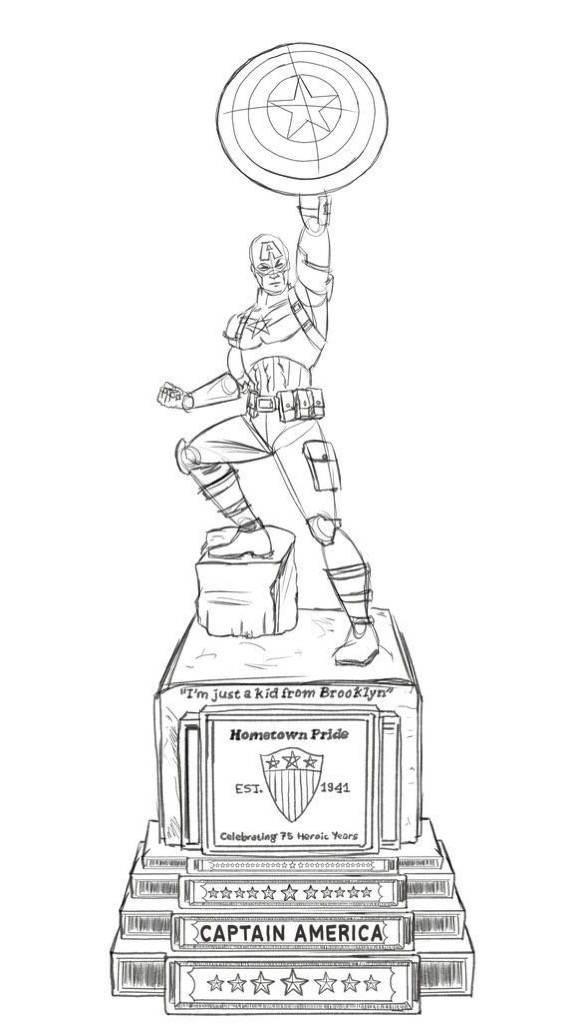 Captain America has defeated Nazis, invading aliens, and even conspirators within our own government. Now, in recognition for all his good deeds and in honor of his 75th birthday, Cap is getting his own bronze statue. And where better than his hometown of Brooklyn?

Marvel and its parent company Disney will unveil the 13-foot statue at Comic-Con in San Diego later this month, according to USA Today. It will then embark on a cross-country tour before ending in Prospect Park, where it will be dedicated on August 10th.