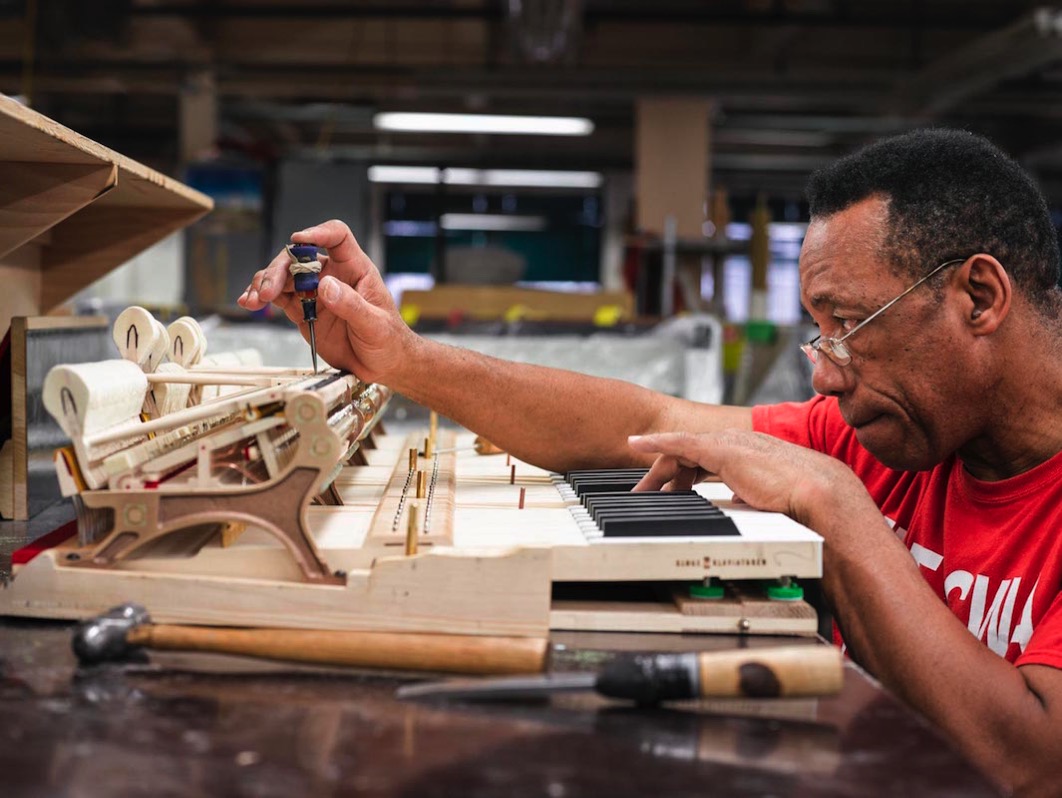 Wonderful photos from Christopher Payne’s new book Making Steinway, which capture the behind the scenes magic at the Steinway factory in Astoria, Queens.

Christopher Payne first toured the Astoria, Queens, factory where Steinway & Sons pianos are made in 2002 during a weekend open house. His father and grandmother were both pianists, and years later, after they died,his memories of the factory took on a spiritual significance.

“I felt an obligation to return to take pictures of the instrument so deeply connected to my family,” he said via email.

Between 2011 and 2015, Payne visited the factory more than 50 times to do just that. His photos are now collected in a book, Making Steinway, which was released in June through Steinway and New York’s Benrubi Gallery.

Comments Off on Christopher Payne photographs workers at the Steinway factory in his book, Making Steinway #ArtTuesday