The Fascinating History of Gripping Claw Machines, Diggers, and ‘Electronic Devices of Chance’ 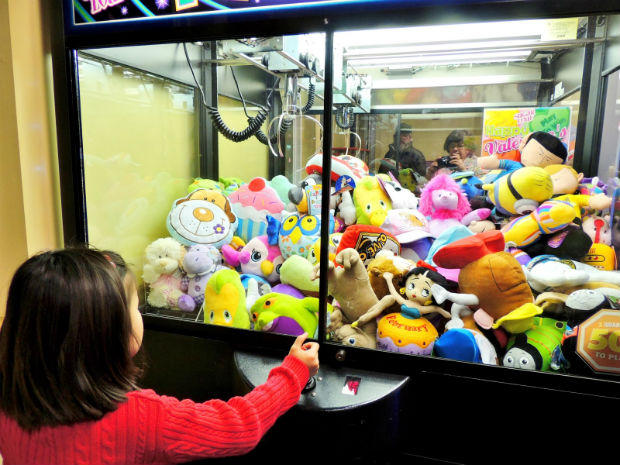 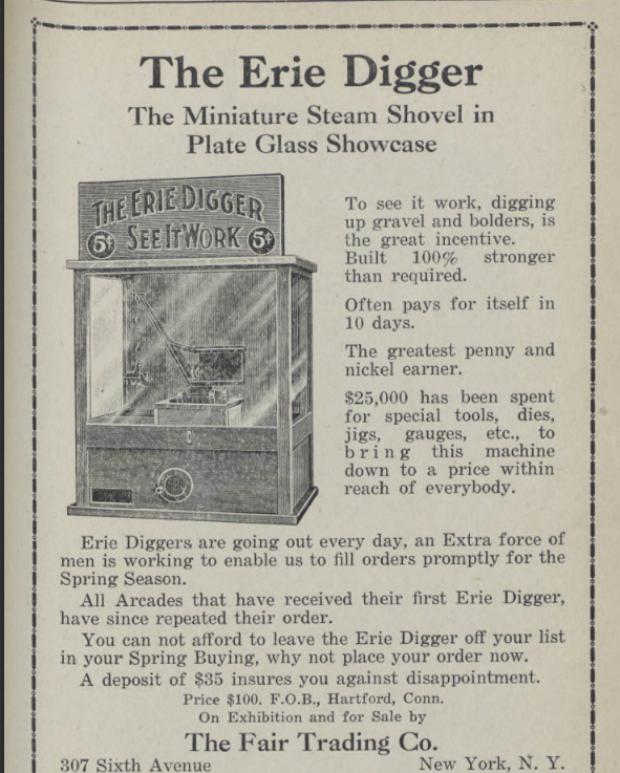 In his 38 years in the carnival business, Ernie Collins never had occasion to stop and think about the possibility of agents from the Federal Bureau of Investigation putting him under surveillance. Collins was just a barker, a boardwalk salesman who convinced other people to play games. One of his leading draws was a tabletop contraption that allowed the user to maneuver a tiny steam shovel with a wheel. Get it right and you could use its maws to pluck a silver dollar from a sea of kernel corn. They were known as diggers.

Collins had 12 of them—Miami Diggers, the most popular of the era—and he had people lining up, dimes in hand, for a crack. On September 22, 1951, he was in Florence, Alabama when he took a call from a friend in the business: Someone just had their diggers seized by the FBI in North Carolina as a result of the Johnson Act, which declared the devices to be no different than slot machines. They were not to cross state lines. Collins was told to be careful.

Collins would later tell a judge he didn’t think the Act applied to carnival games; they were just novelties. The next day, he packed them up and drove to Winona, Mississippi. There, he began to set up his other attractions but left the machines with a friend, Pappy Gentsch. It would be the last time he ever saw them.

Comments Off on The Fascinating History of Gripping Claw Machines, Diggers, and ‘Electronic Devices of Chance’