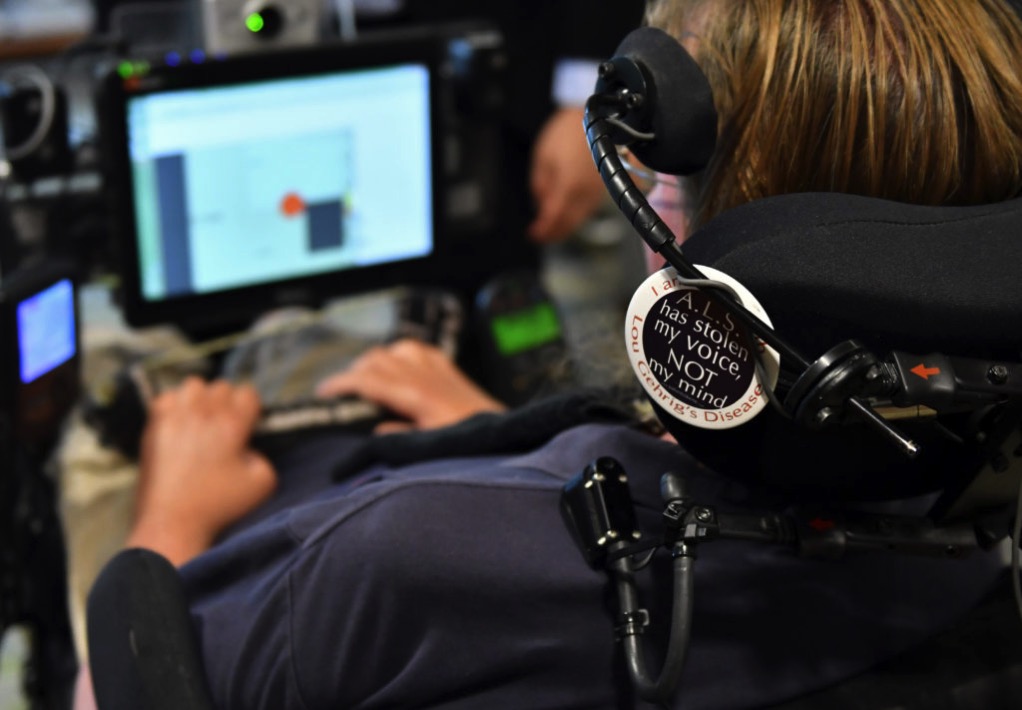 Steve Saling is sitting in his bedroom at the Leonard Florence Center for Living just north of Boston. He aims his gaze at the tablet mounted to his wheelchair and, with a small movement of his facial muscles, raises the window shade to sunlit afternoon clouds.

Now, behind thin, oval eyeglasses, Saling again blinks purposefully, like a telekinetic superhero. The door opens, and he steers his well-equipped wheelchair through smoothly.

A landscape architect by trade, Saling was diagnosed 10 years ago with amyotrophic lateral sclerosis, or ALS, commonly called Lou Gehrig’s disease. It’s a neurological condition that affects nerve cells in the brain and spinal cord. Over time, people with ALS lose the ability to walk, speak, and move without assistance.

But the most unusual difference is the way this place works. And Saling is partly responsible for that.

Unwilling to accept a life utterly dependent on caretakers, Saling designed a series of systems that let patients with ALS control their environment in the assisted living center with the barest of movements: blinks and facial twitches. They can open and close doors, turn on and off lights, change TV channels, and control heat and air-conditioning, among other things.

The first cluster of accessible rooms, named for Saling, opened in 2010. Last month, the Florence Center opened a second set of rooms, called the Dapper McDonald ALS Residence. All told, there are now 30 bedrooms here equipped with systems that give patients with ALS, multiple sclerosis, or other disabling diseases some measure of independence.