A Laser-Reflecting Sphere Two Feet in Diameter will Crash into Earth in 8.4 Million Years 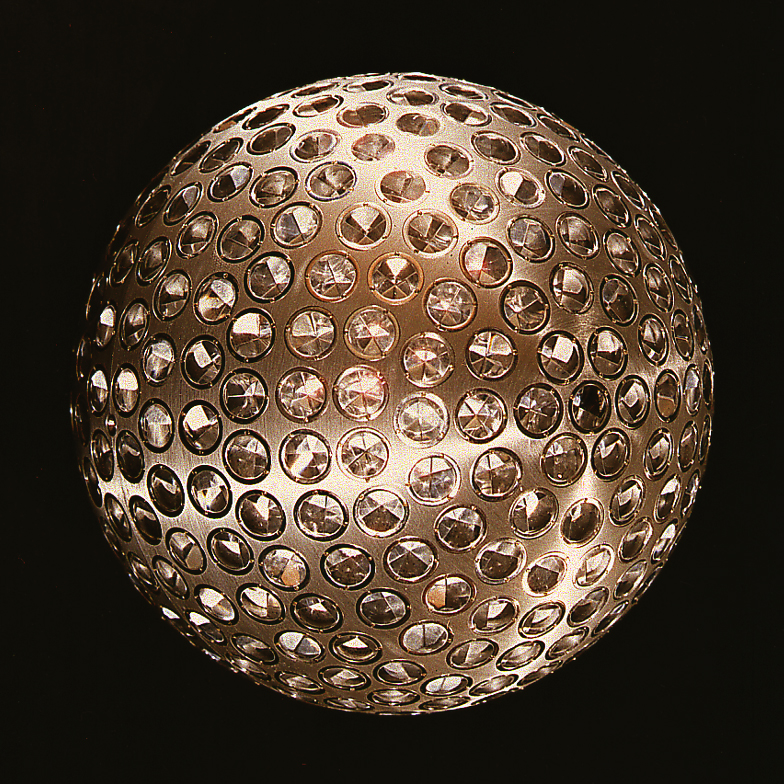 Chalk this up in ‘the more you know now that you can’t believe you didn’t know before’ category – as I just did. But in 1976 – a few years before my birth – a satellite was launched into mid-earth orbit by NASA to study our planet’s geodynamics, the shifting of the tectonic plates and other planetary phenomenon. The satellite, a 60cm diameter sphere of aluminum around a brass interior, is covered in 426 glass cube-corner retroreflectors. Ground stations direct laser beams at the sphere, or LAGEOS (LAser GEOdynamics Satellite). “The laser beams then return to Earth after hitting the reflecting surfaces; the travel times are precisely measured, permitting ground stations in different parts of the Earth to measure their separations to better than one inch in thousands of miles.”

Due to gravitational effects the satellite will eventually – and purposefully so – crash into earth in 8.4 million years, as indicated on a plaque contained within the satellite, designed by Carl Sagan: 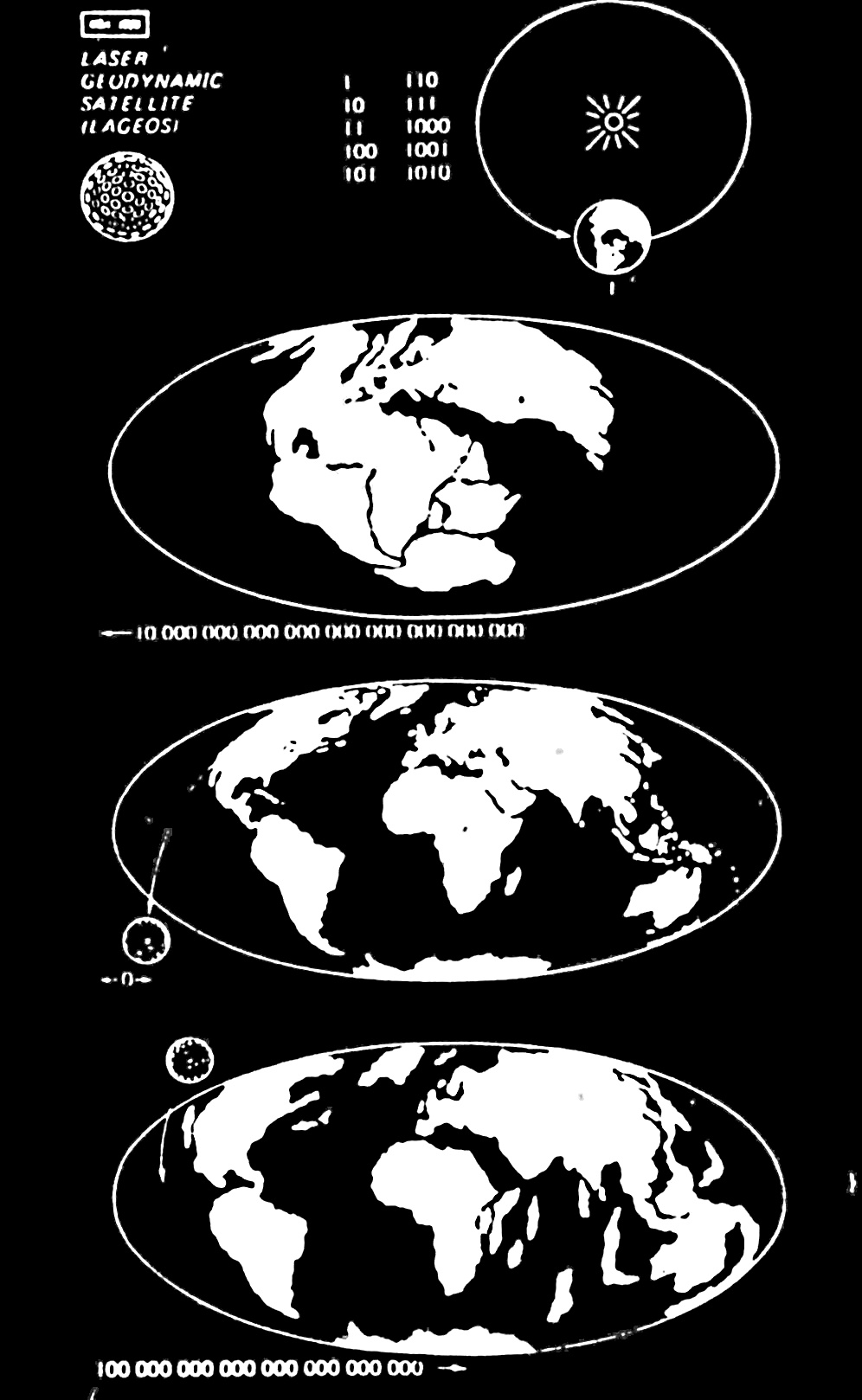 Wow. So that’s up there!

LAGEOS-1 (which is predicted to re-enter the atmosphere in 8.4 million years[7]) also contains a plaque designed by Carl Sagan to indicate the general epoch LAGEOS-1 was launched to the future of humanity. The plaque includes the numbers 1 to 10 in binary. In the upper right is the earth with an arrow pointing to the right, indicating the future. It shows a #1 indicating 1 revolution, equaling 1 year. It then shows 268435456 (in binary) years in the past, indicated by a left arrow and the arrangement of the Earth’s continents at that time. The present is indicated with a 0 and both forward and backward arrows.Then the estimated arrangement of the continents in 8.4 million years with a right facing arrow and 8388608 in binary. LAGEOS itself is shown at launch on the 0 year, and falling to the Earth in the 8.4 million year diagram.

Below is an archival video from NASA’s Marshall Center that includes this brilliant shot of scientists preparing the satellite: 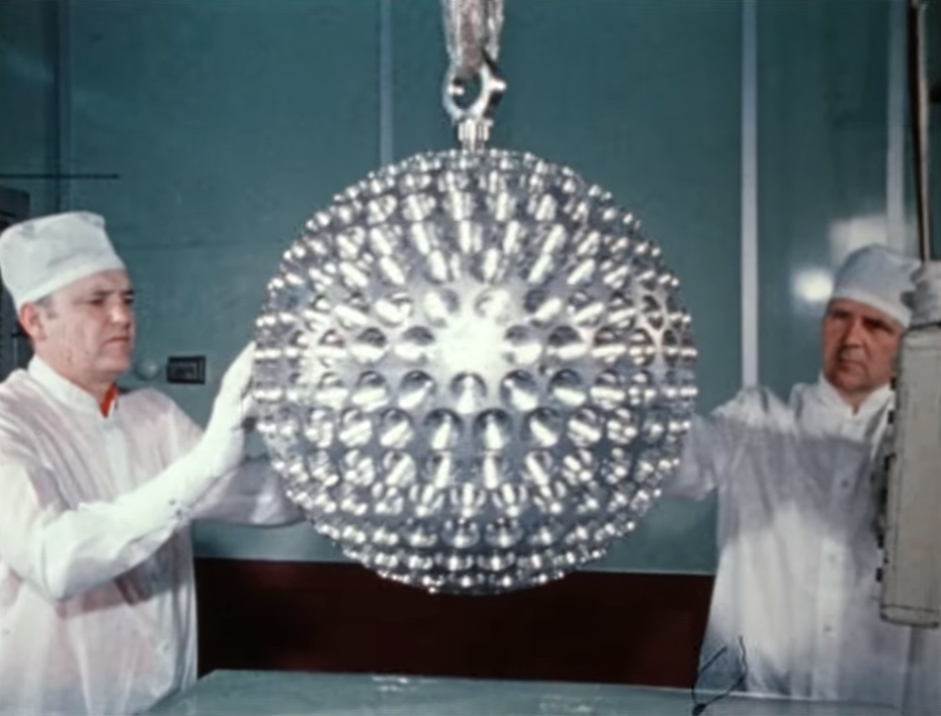 Watch the video below, and read more on LAGEOS here on Wikipedia.

Comments Off on A Laser-Reflecting Sphere Two Feet in Diameter will Crash into Earth in 8.4 Million Years