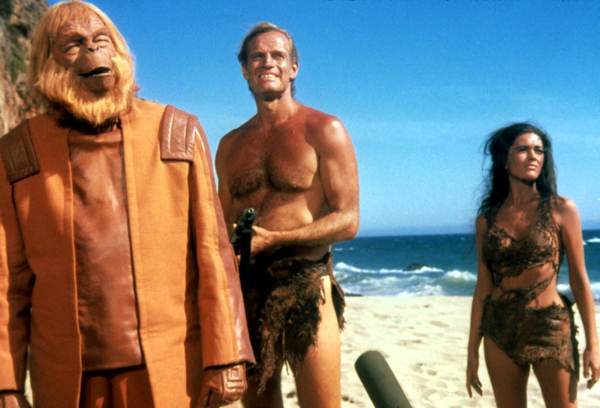 I for one will not be missing out on this! If only for the chance to watch Dr. Zira call George Taylor …so damned ugly on the big screen.

Fathom Events, Turner Classic Movies, and Twentieth Century Fox invite you to return to the out-of-this-world mad house when the sci-fi classic Planet of the Apes (1968) crash lands in select cinemas nationwide for a special two-day event on Sunday, July 24 and Wednesday, July 27.

Charlton Heston and Roddy McDowall star in this legendary science fiction masterpiece. Astronaut Taylor (Heston) crash lands on a distant planet ruled by apes who use a primitive race of humans for experimentation and sport. Soon Taylor finds himself among the hunted, his life in the hands of a benevolent chimpanzee scientist (McDowall).