The Bristol Milkman Who Drew the Architecture of WWII-Era Britain 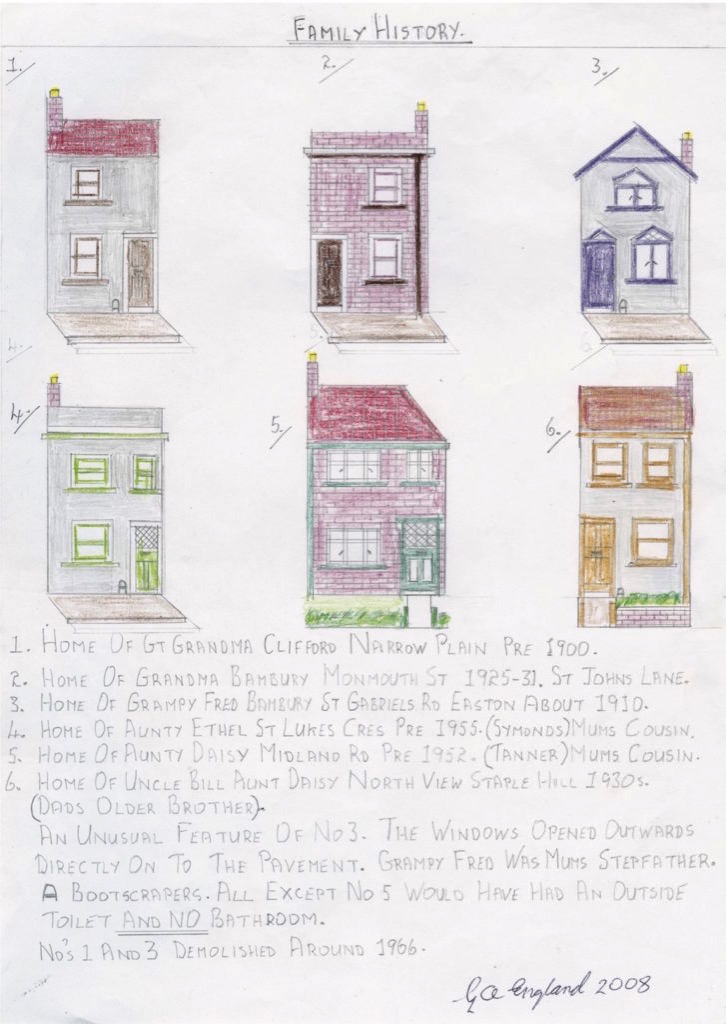 This piece from Hyperallergic about a British milkman, Garth England, who chronicled the mid-twentieth century architecture of post-war Britain is super-duper charming.

Despite his obsession with perfectly straight lines — he drew with rulers and erased mistakes are faintly visible in each drawing — he admitted the drawings aren’t all accurate. He notes where he’s removed balconies or added extra rows of windows.

Though England did not have the most sophisticated draftsmanship skills, the collection is disarming and entrancing. His lack of self-consciousness and reverence for the mundanities of daily life is somehow refreshing and the specificity of his details make for a vivid 2-D Bristol. It’s the kind of document Wes Anderson could only dream of making as a film prop, but subverts the twee-ness that often results from intentionally trying to make something so naively styled.

Some of his drawings have recently been published in a book by Redcliffe Press, titled Murdered With Straight Lines: Drawings of Bristol by Garth England.