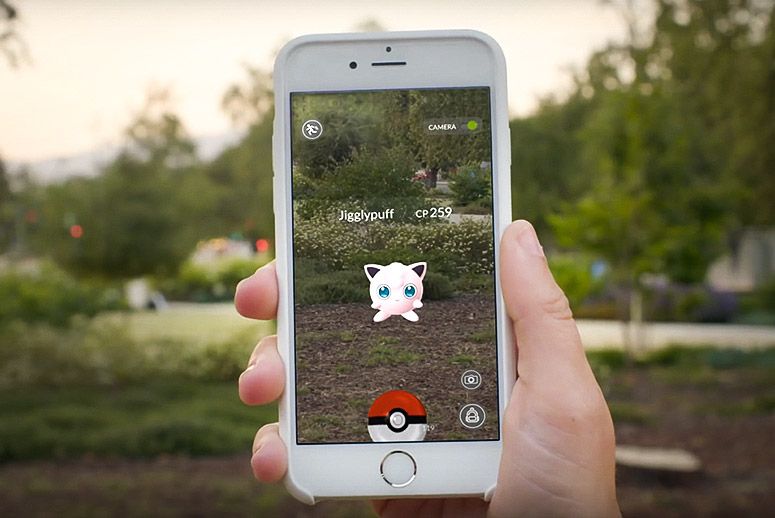 It has been a real #PokémonGo week, and I knew things were serious when my fave local park, The Schuylkill Center, announced that Pokémon were seen near some of their art installations—fun stuff. The excitement escalated for me when I learned on takepart that the game is being used to help identify creatures in the wild. If you consider that people are actually getting off the couch and going outdoors, this all makes sense; it’s like walking around with a magnifying glass. Gamers are finding insects, birds and other things they can’t identify in nature and posting pics with #PokeBlitz, which is a take on #BioBlitz that is used in the citizen science community. Scientists are helping nature lovers identify what they are seeing thanks to one guy who happens to be an insect nerd.

The hashtag was created this past Sunday by Morgan Jackson, a Ph.D. candidate at the University of Guelph in Ontario, Canada, and cohost of the Breaking Bio podcast, who first heard about the plans for the game a few months ago and recognized its potential for science communication. “It immediately dawned on me that this was going to be a huge opportunity,” he said. “If you go out to explore, you’re going to find something even if it’s not what you set out to look for.”

If you scan Twitter, you’ll see a variety of specimens posted. Check out this one.

Any idea on this species of moth? #PokeBlitzpic.twitter.com/SrmFseY8FH

There’s more than just a photo being captured, too.

Jackson and other biologists are rapidly identifying not just the species that people have photographed and shared on social media—ranging from snowy egrets to milkweed aphid eggs—but also their behavior. He’s even helped to identify an invasive snail species. “People are really keen to get that extra level of information,” Jackson said.

This is a great twist on a fun game, but what would be even better is a game platform that could be targeted for different types of wildlife according to the needs of scientists. At the least, people could be using hashtags for Twitter and Instagram to collect data on different species. Either way, citizen science is really taking off and it may trickle down to include younger people, inspiring them to study science. So, grab a kid and join the #PokeBlitz. Who knows what you’ll discover. Since you all enjoy gaming, you should also check out our learning guide for fun Mario Clouds Jewelry. It’s inspired by artist, Cory Arcangel, who loves to hack on vintage digital media. These moving pixel clouds in a 3D printed case will make a great conversation starter around your neck or on a keychain. You never know who you are going to meet on a Poke adventure!