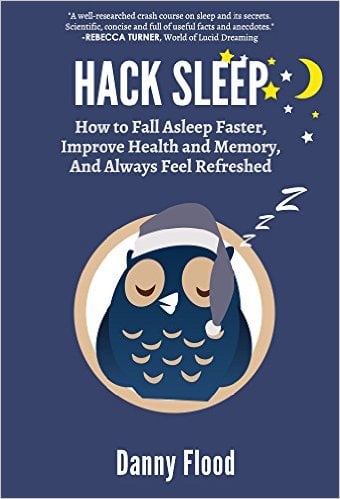 I’ve made it my personal practice to eat one serving of pineapple around the time the sun goes down (roughly 5:00pm). I live in Thailand, so there’s fresh pineapple everywhere.

Studies performed at Khon Kaen university in Thailand show that pineapple boosts melatonin production in the brain by 266% percent and bananas boost melatonin by 180% percent.

Before we knew much about how or why we sleep, it was hypothesized that the onset of sleep was caused by certain hypnogenic substances that accumulated during periods of wakefulness.

To test the theory, in 1907 French researcher Henri Pieron would walk dogs through the streets of Paris at night, preventing them from being able to sleep. He would then extract their cerebrospinal fluid and inject it into the brains of healthy dogs, to test the effects. The effect was immediate, proving the hypothesis: the dogs slept longer and more deeply than usual.

Pieron dubbed this substance a “hypnotoxin” and published his findings in the work Le Probleme Physiologique du Sommeil (The Physiological Problem of Sleep). We didn’t yet know the exact nature of this hypnotoxin until several decades later.

Adenosine accumulates naturally during waking hours, however, periods of intense mental and physical activity speed up the process, because adenosine production correlates to the activity levels of the brain’s neurons. That’s why you probably feel exhausted after a difficult exam, for instance.

Those two extra hours of waking time allow for two additional hours for adenosine to accumulate in the brain, which makes a big difference. If you spent those same two hours lying awake restlessly in bed, your neurological activity is quite low, and so it just hurts you more.

By 10:00pm, you still have 25% (50mg) of the caffeine in your bloodstream from a coffee that you consumed twelve hours ago!

Do I drink coffee? Yes, I do. But I have two rules: first, it’s best to drink only one cup (if possible) immediately after you wake up, so that it has plenty of time to filter out of the bloodstream by bedtime. Second, you absolutely must have a cut-off time – such as 2:00pm – where you enter the “No Caffeine zone.”

Comments Off on Five Sleeper Hacks