Hummingbirds’ unique way of seeing prevents them from crashing 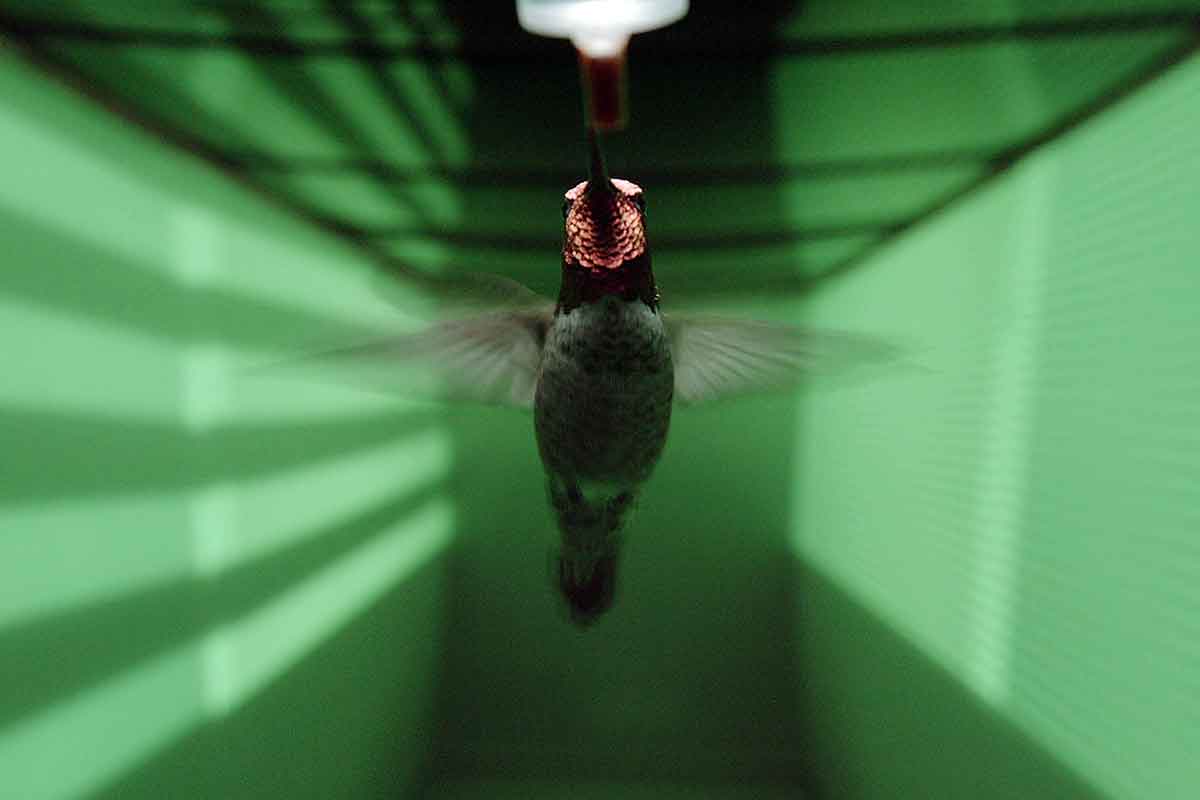 Hummingbirds have a unique collision avoidance system built into their brains that allows them to perform high-speed aerobatics in safety.

The super-agile birds, whose wings beat up to 70 times a second, can hover, fly backwards, and whizz through dense vegetation at more than 50 kilometres per hour.

How they manage to avoid potentially fatal crashes has remained a mystery until now. Researchers in Canada conducted a series of experiments which showed that the birds process visual information differently from other animals.

As they dart and dive at speed, they judge distance from the way looming objects appear to get bigger, and vice versa.

Big difference
Other animals, from bees to human motorists, calculate distances from the rate at which objects cross their field of vision. Hence, a car driver can tell that telephone poles are near because they pass by swiftly. Conversely, far away buildings take more time to move across the visual field, giving an impression of distance.

For this reason, it is difficult to judge the closing speed of an object you are approaching head-on – a lesson taught to all aircraft pilots.

“Birds fly faster than insects and it’s more dangerous if they collide with things,” says lead researcher Roslyn Dakin, from the University of British Columbia. “We wanted to know how they avoid collisions and we found that hummingbirds use their environment differently than insects to steer a precise course.”

To study the hummingbirds, Dakin’s team placed the birds in a specially designed tunnel and projected striped grid patterns on the walls to simulate near, distant and moving objects.

A perch was set up at one end of the tunnel and a sugar water feeder at the other. Eight cameras tracked the birds’ movements as they flew to-and-fro along the 5.5 metre tunnel.

When the scientists simulated the “telegraph poles effect” with vertical moving stripes, the hummingbirds did not react. Instead, they appeared to rely on the size of objects to determine distance, steering away from the stripes as they grew larger.