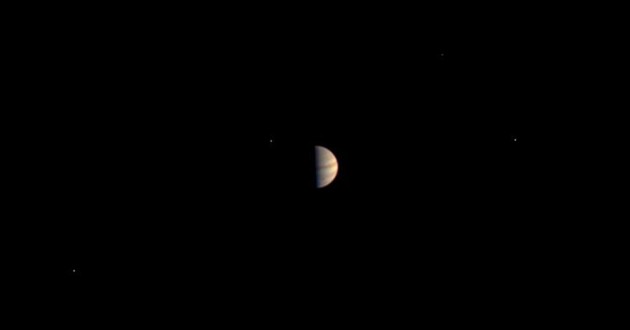 If humans paused to marvel at each of the technological miracles that shape our understanding of the universe in 2016, we would be in a constant state of stupefied wonder.

Instead, most of us are able to go about our lives accepting but perhaps not dwelling on the fact that, for example, a bunch of intelligent mammals on a watery planet recently sent a spacecraft hundreds of millions of miles into the blackness of the outer solar system and captured 1,300 photographs of Jupiter and its moons. (And that’s not even the most impressive thing about the Juno mission.)

Comments Off on Juno’s New Images of Jupiter