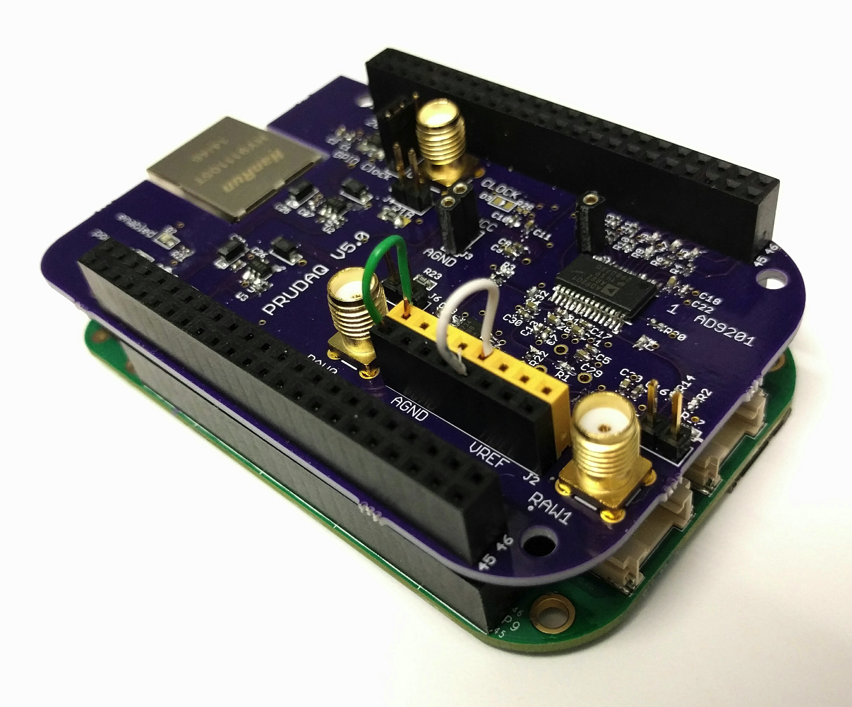 Thanks to Drew for sending in! Via Google Open Source Blog

Working with electronics, we often find ourselves soldering up a half baked electronic circuit to detect some sort of signal. For example, last year we wanted to measure the strength of a carrier. We started with traditional analog circuits — amplifier, filter, envelope detector, threshold. You can see some of our prototypes in the image below; they get pretty messy.

While there’s a certain satisfaction in taming a signal using the physical properties of capacitors, coils of wire and transistors, it’s usually easier to digitize the signal with an Analog to Digital Converter (ADC) and manage it with Digital Signal Processing (DSP) instead of electronic parts. Tweaking software doesn’t require a soldering iron, and lets us modify signals in ways that would require impossible analog circuits.

There are several standard solutions for digitizing a signal: connect a laptop to an oscilloscope or Data Acquisition System (DAQ) via USB or Ethernet, or use the onboard ADCs of a maker board like an Arduino. The former are sensitive and accurate, but also big and power hungry. The latter are cheap and tiny, but slower and have enough RAM for only milliseconds worth of high speed sample data.

That led us to investigate single board computers like the BeagleBone and Raspberry Pi, which are small and cheap like an Arduino, but have specs like a smartphone. And crucially, the BeagleBone’s system-on-a-chip (SoC) combines a beefy ARMv7 CPU with two smaller Programmable Realtime Units (PRUs) that have access to all 512MB of system RAM. This lets us dedicate the PRUs to the time-sensitive and repetitive task of reading each sample out of an external ADC, while the main CPU lets us use the data with the GNU/Linux tools we’re used to.

The result is an open source BeagleBone cape we’ve named PRUDAQ. It’s built around the Analog Devices AD9201 ADC, which samples two inputs simultaneously at up to 20 megasamples per second, per channel. Simultaneous sampling and high sample rates make it useful for software-defined radio (SDR) and scientific applications where a built-in ADC isn’t quite up to the task.

Comments Off on Open Source ADC board for BeagleBone #BeagleBone #OpenSourceHardware