Testing for Fat Burning at the Colorado 200

Last week an unusual event took place in the Rocky Mountains of Colorado. It was a 200 mile foot race that has a 96 hour cut off time. A dozen people finished the entire 200 mile distance in under four days. I went out and paced my friend Rick (Hack Yourself to Run 200 Miles)  for the last ~68 miles. My interest in this event is how it pushes the envelope for what humans are capable of.  I brought along a home made ketometer to breath test the runners, pacers and crew at the event. The results are interesting, but the samples are limited so only observations can be made. 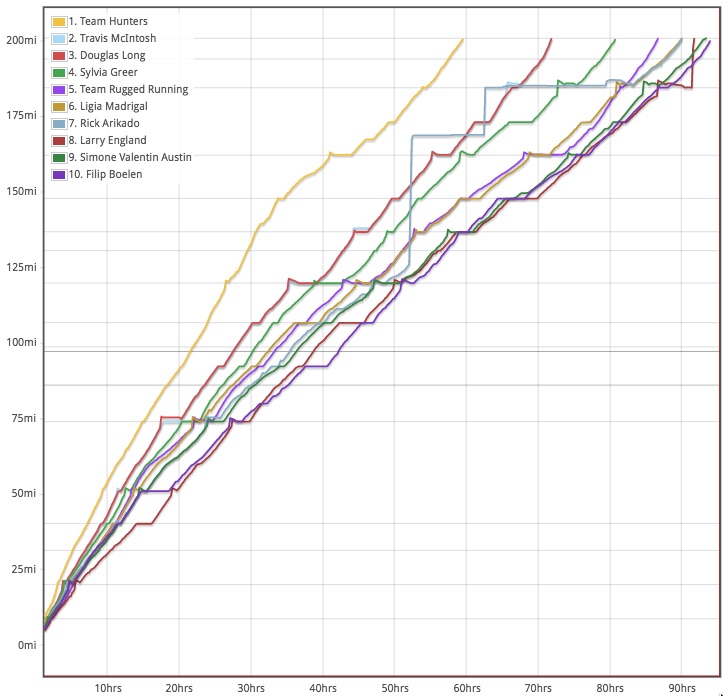 The idea was to get a sample from each runner to determine the level of acetone on their breath. A high acetone reading indicates that the runner is in ketosis and able to burn fat. A lower reading would indicate that the runner is not burning much fat and is fueling primarily on carbohydrates. Runners in ketosis blew in the range of 500-625. Those with readings of less than 500 were likely fueling on significant amounts of carbohydrates. 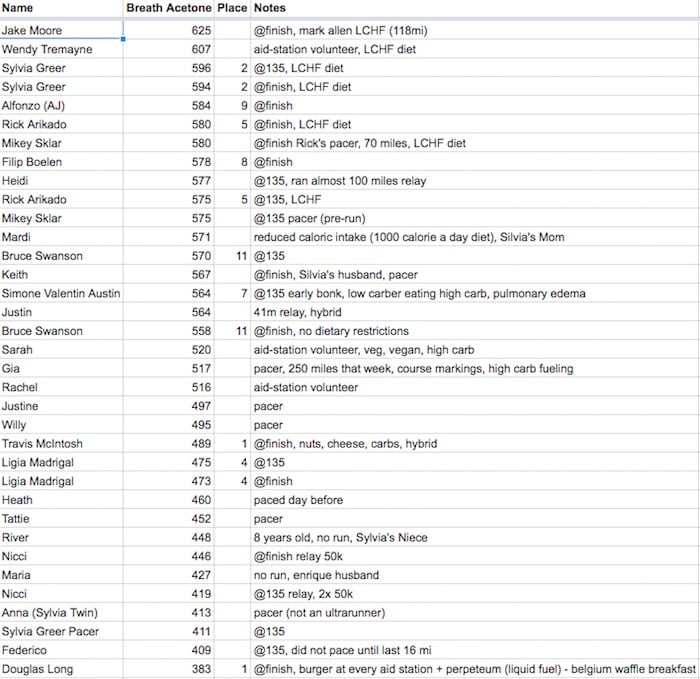 The data indicates some trends:

A race like this becomes a foot and belly race. Make sure you feet are feeling good by way of blister management, hot spots and dry shoes. Keep the belly happy by eating foods that you know work for you. I would eat eggs, avocado and ham for breakfast with a dinner time avocado burger. The rest of the time I lightly snack my way through at less than 50 calories an hour. This made for a comfortable fueling strategy. I was fortunate to completely avoid foot and belly issues at this race.

Comments Off on Testing for Fat Burning at the Colorado 200