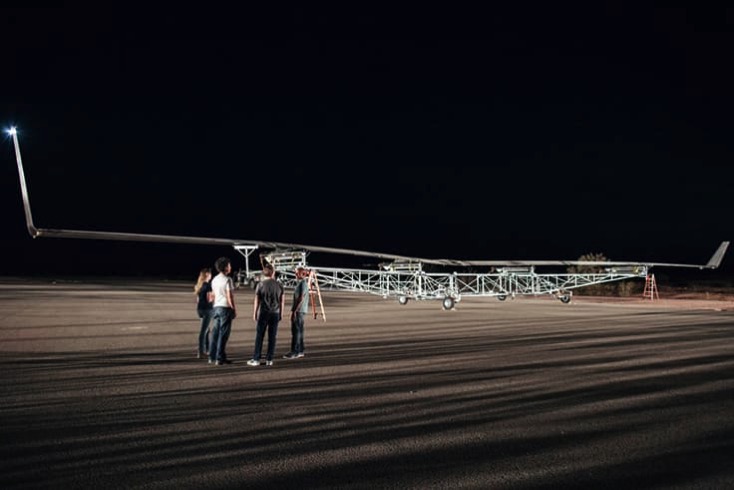 Connecting the entire world to the internet by way of solar-powered drones with fricking laser beams attached to their heads sounds more like an Austin Powers plotline than an actual business strategy, but for the folk at Facebook’s Connectivity Lab it isn’t so far-fetched. In its quest to provide remote regions with affordable internet access, the team recently conducted its first successful full-scale testing of a critical piece of the puzzle, an internet-broadcasting drone called Aquila that will eventually stay airborne for 90 days at a time.

Facebook first revealed a full-scale version of Aquila in July last year. The solar-powered drone has a wingspan of 42 m (138 ft), which is greater than that of a Boeing 737, yet it weighs around a third as much as an electric car, with around half of this accounted for by batteries. Built with a carbon fiber frame and wings coated in solar panels, Aquila is designed to draw all of its power from the sun and stay aloft for months at altitudes ranging from 60,000 to 90,000 ft.

The social media giant has been flying scale models of Aquila as far back as March last year, but hasn’t been so forthcoming with details of these tests, other than to describe them as successful. Today the company has given a decent rundown of the initial testing of a full-scale Aquila, which launched into its first flight on June 28.

Because Aquila is designed to be as light as possible, it doesn’t carry typical takeoff and landing gear. The flight gave the team the opportunity to test out an unconventional takeoff method, which sees Aquila strapped into a dolly structure that propels it along the runway until it hits takeoff speed. Once it has built up enough momentum, Aqula’s autopilot takes over, cutting the straps with pyrotechnic cable cutters and releasing the craft into the air. This played out as the team hoped.

With Aquila in the air, the team were able to observe how their flight modeling stacked up against the real thing. They had built computer models designed to predict the amount of power the drone would need to fly in response to changing aerodynamics, at low altitudes, for example, where the air is warmer and thicker, compared to higher altitudes where it is colder and thinner. Facebook says Aquila’s climb rate and battery usage were in line with its modeling. 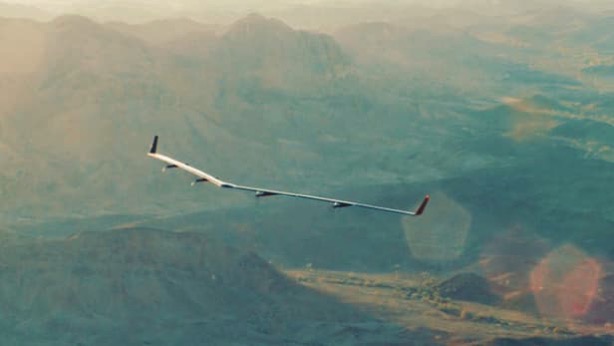