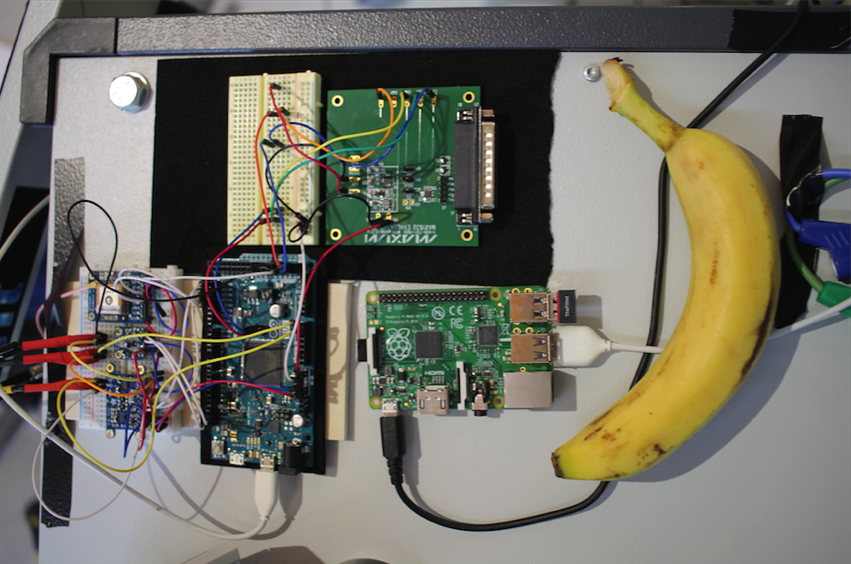 Thanks to Mike for sharing this from Motherboard! Can you spy the Adafruit boards in their prototype pictured above? You can check out more here.

You can make all manner of things out of a Raspberry Pi but it might take a career at CERN to come up with the idea of a DIY cosmic ray detector.

A team of researchers from the Geneva-based nuclear research organisation, which is home to the Large Hadron Collider, have been spending some free time building what they hope will become “the world’s largest open source distributed cosmic ray telescope.” Dubbed Cosmic Pi, the idea is to design a small, low-cost device that people can build or buy, and then share data to create a crowdsourced telescope.

“The lofty aspiration of the project is to basically give people a slice of the whole of CERN in a box that they can put on their desk or on their mantelpiece or on their bookcase,” said James Devine, an electrical engineer and one of the Cosmic Pi founders, in a phone call.

“Obviously we can’t give people a slice of the LHC— it wouldn’t work and it’s too expensive and complicated—so we can use cosmic rays.”

Cosmic rays are high-energy particles that constantly bombard the Earth from space. As Devine pointed out, they’re actually many times more energetic than even the highest-energy particles accelerated in the LHC and they’re raining down on us for free, which makes them a great subject for citizen scientists.

But he added that cosmic rays are interesting because they still harbour mysteries; for instance, the frequency of cosmic rays hitting the Earth fluctuates and their origins aren’t all known.