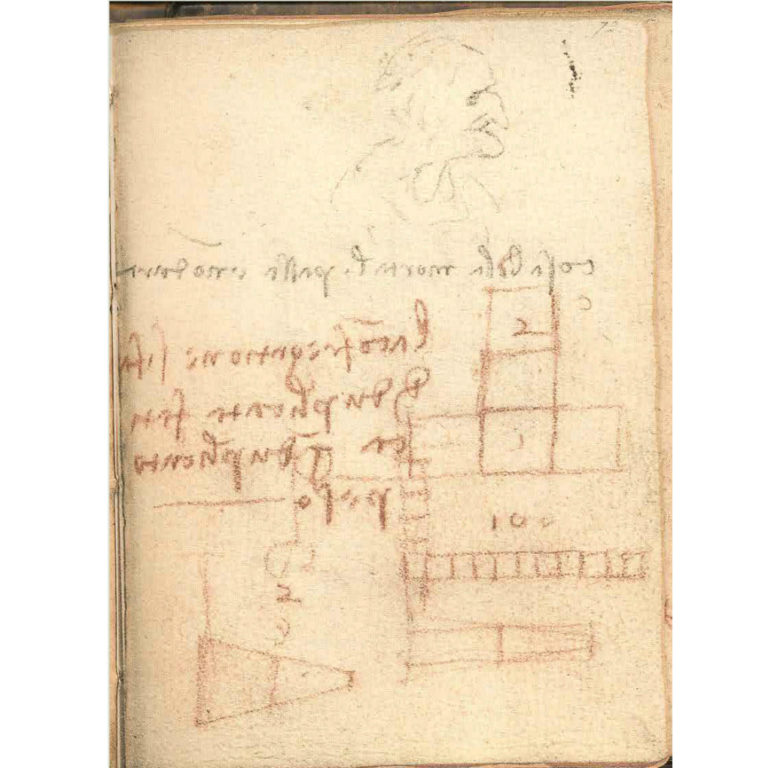 Just another reminder that Leonardo da Vinci was a full blown genius. And to keep doodling in the margins.

Some scribbles dismissed in the 1920s by the then-director of the Victoria & Albert Museum as “irrelevant notes and diagrams in red chalk” were recently revealed to represent Leonardo da Vinci’s first record of the laws of friction. The University of Cambridge announced the findings on July 21.

Although Guillaume Amontons published his laws of friction in 1699, Leonardo had investigated friction about 200 years earlier within his notebooks and through experiments. This precedent by Leonardo is well-known by tribologists, yet the new research by Ian Hutchings, professor of manufacturing engineering at the University of Cambridge, gives Leonardo’s friction work more depth and its first chronological study. Hutchings’s full paper on “Leonardo da Vinci’s studies of friction” is in the August issue of Wear journal (and online in a free PDF).