To celebrate the 50th Anniversary of Star Trek we’ve done a round up of a bunch of very cool Star Trek inspired projects from the Adafruit Learning System and more! Don’t forget to check out all of our Star Trek coverage on the blog this week. Live long and prosper! 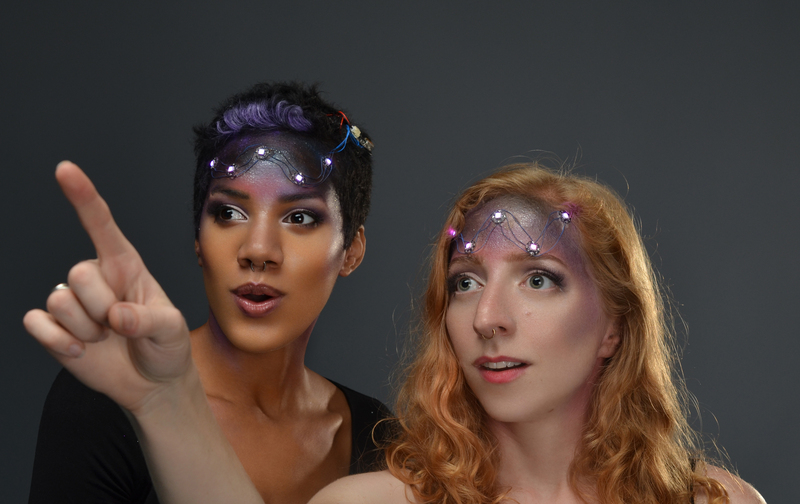 LED Space Face makeup will certainly set phasers to stun! Check out the full tutorial for this project in the Adafruit Learning System. 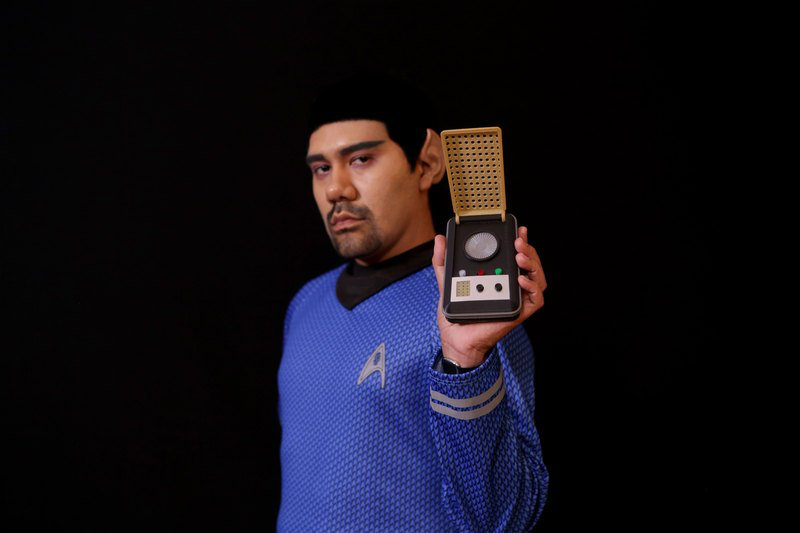 Making is the final frontier. These are the projects of Adafruit Industries. Its life long mission: to explore strange new projects, to seek out new 3D printed forms and new circuitry, to boldly make what no maker has made before.

Boldly go where no project has gone before with this real working Star Trek Communicator! 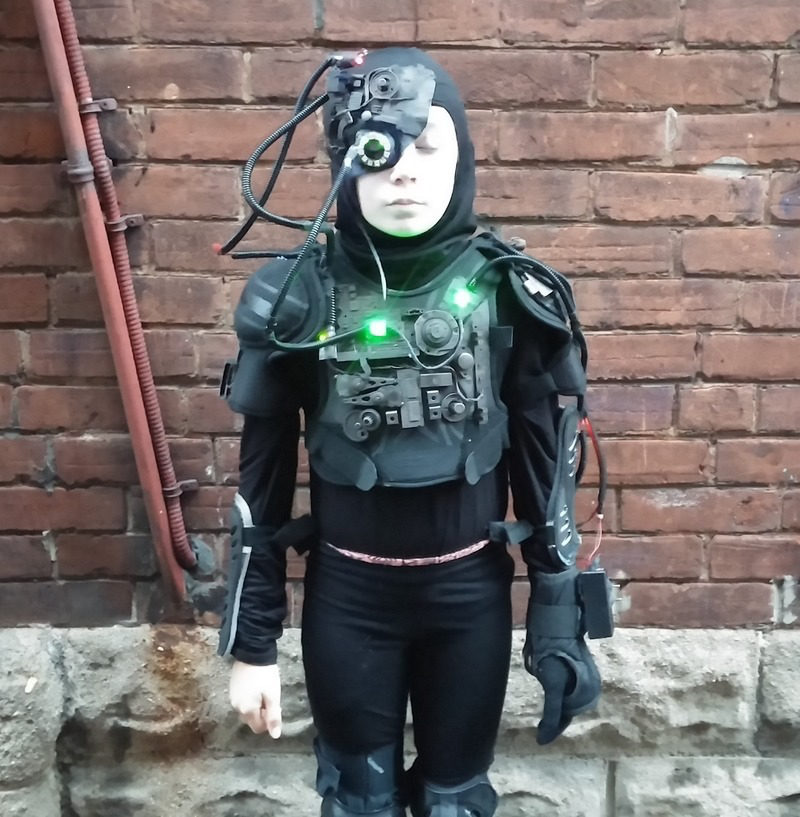 The Borg Collective is one of Star Trek’s most recognizable and iconic villains. After seeing them my daughter instantly new what her next Halloween costume would be. Adapting and “assimilating” some other guides, we worked together to assemble a Gemma/Trinket & NeoPixel powered costume.

The main features include:

With this guide you can put together one of your own for your next Halloween or Sci-Fi con. 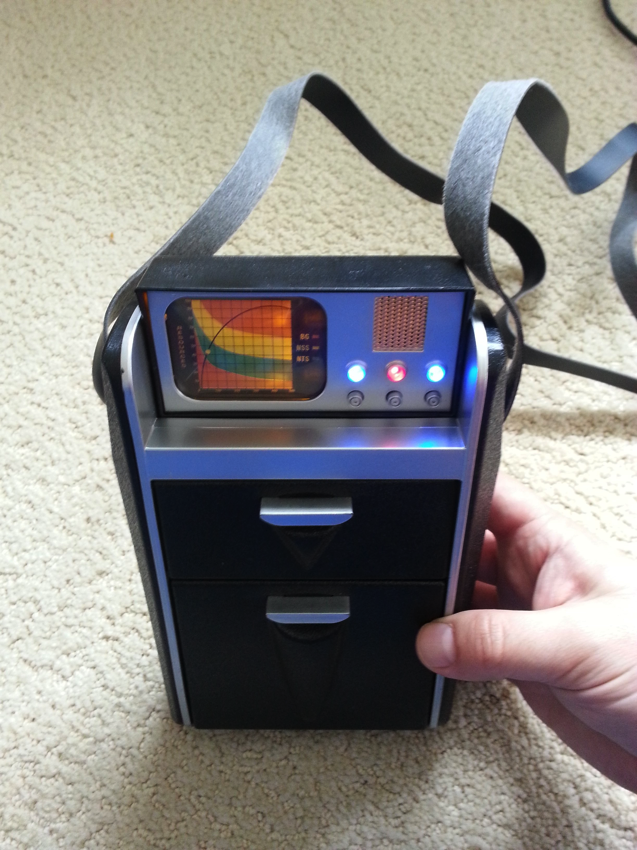 This project aims to upgrade a licensed toy replica of the tricorder from the original “Star Trek” series into a functional and undeniably stylish tool.

The simulated screen and stock lights and sounds just don’t do it for me, though. I realized that if I strip out the toy’s guts, I’d be left with an enclosure which would fit a Raspberry Pi and associated hardware to make a tricorder which actually displays my own animations and plays my choice of sounds. It could be made into really fun toy, not just a display piece which gathers dust on a shelf.

From there it was a short leap to realizing that, taking inspiration from the many functional tricorder-inspired projects here on Hackaday.io and elsewhere, I could also add actual working sensors. I could try to defictionalize this tricorder. I could make the best kind of prop replica: one that actually does in reality what it did in fiction.

I’m a hardware person, not a coder (or a doctor, dammit!) but in order to make this work I’m going to have to build those skills up a bit. I’d been wanting to do so anyway, and this is as good an excuse as any! 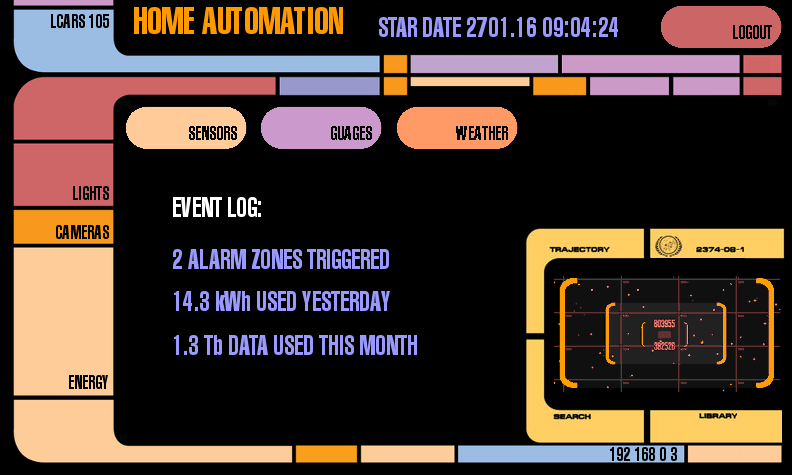 If you are into Home Automation this Raspberry Pi LCARS interface from tobykurien on GitHub is a really cool project to try out!

I first found a model of the Star Trek Next Generation warp core on Thingiverse about a year ago. The designer made it large enough to be about the size of a table lamp. I ,of course, wanted one instantly, however, I was a little wary of the print time all of the pieces required. At the time, my Solidoodle 2 wasn’t the most reliable machine for prints longer than an hour or two. The largest part on this model would take about 12 hours to print, which meant overnight, and me not being able to keep an eye on it.

One year and several modifications to the 3D printer later, this project seems incredibly doable. At the same time, I needed to come up with some Christmas presents for my geeky friends and brother. Christmas was just a few weeks away and I did not have the time to print 3 “full size” warp cores, and construct them. At 25% scale however, I could do that.