It’s summer and I totally get that most makers are chillin’ with their friends and taking a break from the soldering iron. That’s why I’m stunned to find this perfect Horus helmet by Jerome Kelty of DIY Animatronics. As a costume and replica guy, he gets some pretty colorful requests, but this particular project has taken a little over a year. So, he has certainly earned his R&R (not that he will bother taking any!). I want to start with Jerome’s original quote about how this project came to be.

A while back a friend sent me a fiberglass cast screen accurate Horus helmet to animate. And when I say accurate, I mean accurate—it’s like you walked onto the movie set back in the early 90’s and said “I’ll take this one here- thank you very much!”

Jerome had created a previous helmet, but he says it was nothing like this one. Mission for this one? Animate! Before you check out the video, I just want to draw attention to some nice details on his build. Apparently the neck was tricky because Jerome wanted more variety in the movement, so he had to add some up-and-back motion in the mix. 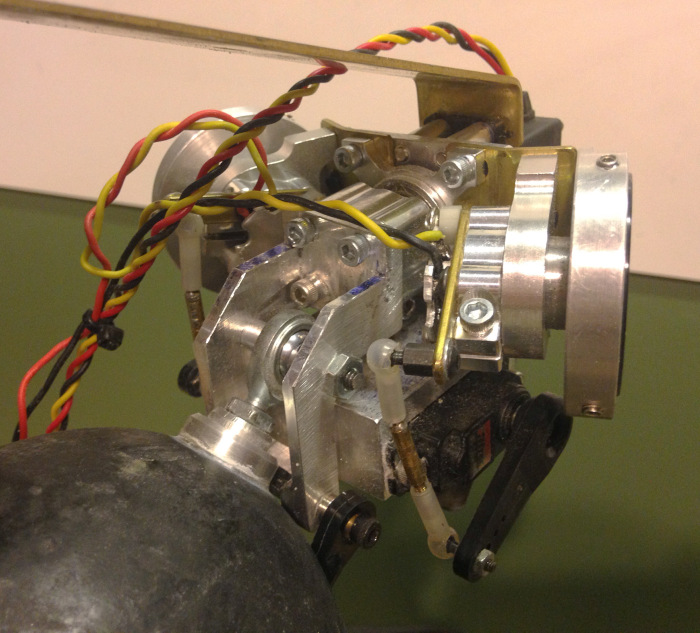 Now Jerome is not particularly fond of this shot, but it shows the assembly that controls the fan feature on the side. He had to make an adjustment to the fit once he altered the neck piece by adding brass plates. Now I actually like this because it shows a simple solution that gets the job done. Also, the cap that covers this mechanism is held in place by magnets so the parts are easily accessible later. That’s a pro tip I’ll keep on hand. 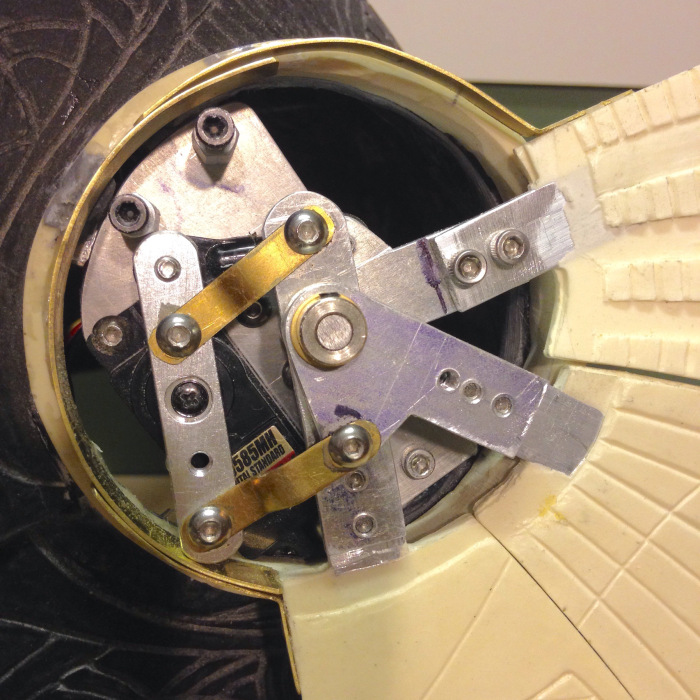 I know you were thinking that I was going to show the LEDs for the eyes because I always love LEDs. That’s true, but this time I’m fixated on the free program Jerome is using for the motion of the mechanism. It’s called ForceEffect from Autodesk, and as a noob to animatronics I’m loving the way it maps the movements. FYI Jerome used to work with bicycles and had to do the calculations for linkage assemblies by hand, so he is definitely loving the tech version. 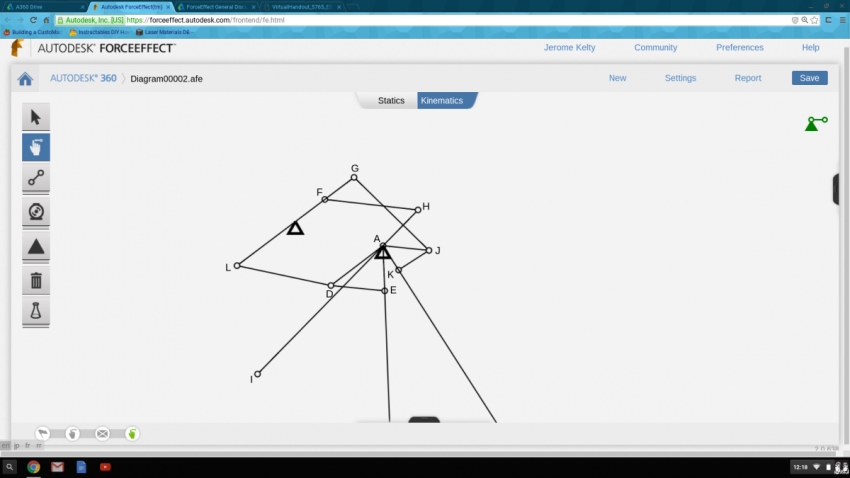 That’s enough of my geek love here, so feel free to check out the video to see Horus come alive. Just looking again at the detail reminds me of the patience needed from painting to problem solving. Jerome says he is a hobbyist, but I wouldn’t be surprised if the film industry is lurking on his site considering he has documented a lot of his builds there.

I’m sending a big thank you to my buds at Hackaday for posting this work. For those of you that are pining for a little bit of animation you can sport yourself, check out our learning guide on a Really Simple Animatronic Tail. It’s furry, cute and it uses an animator’s best friend—the servo. What character will you create?