This project utilizes a 22 x 13 matrix of addressable RGB LEDs to visualize a weather forecast pulled from the Weather Underground API.

A Raspberry Pi runs a python program designed to fetch weather forecast data from the API at regular intervals, parse the data into temperature, wind speed, and weather condition arrays, and then light specific sets of LED’s that represent words in the LED matrix.

Mounted in its own enclosure, the project can set on a shelf, desk, or hang on a wall as a visual display for upcoming weather conditions over the next 12 hours.

The inspiration for this project comes from the beautiful LED Word Clocks that captured my imagination when they first began showing up on maker community forums. After a lot of research, tinkering, programming, and several failed attempts, I’m happy to have a version with a twist that I can share with the community that inspired me. 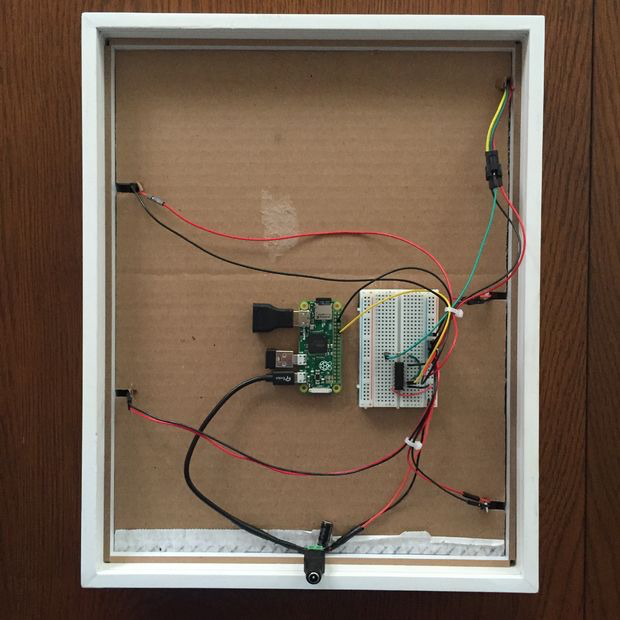 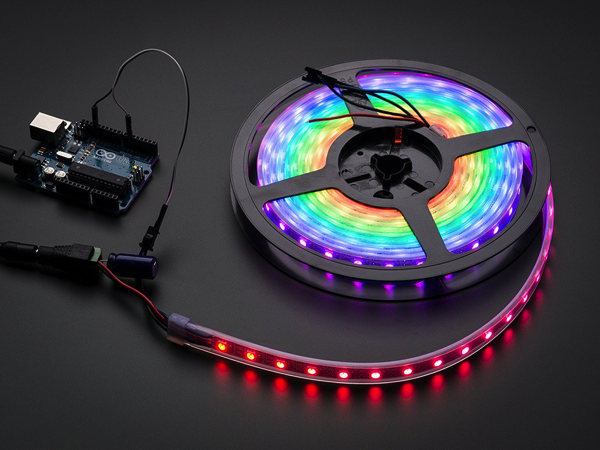 Adafruit NeoPixel Digital RGB LED Strip – White 60 LED – WHITE: You thought it couldn’t get better than our world-famous 32-LED-per-meter Digital LED strip but we will prove you wrong! You wanted twice the LEDs? We got it (well, its 1.875 times as many but that’s within a margin of error). You wanted thinner strips? Now only 12.5 mm wide, 10 mm if you remove the strip from the casing. You wanted less noticeable strip color – this strip has white-colored flex PCB, which will be less visible against white-painted walls. This is the strip with white flex PCB, its identical to the black 60 LED/meter except it has a different color mask on the flex strip. Read more. 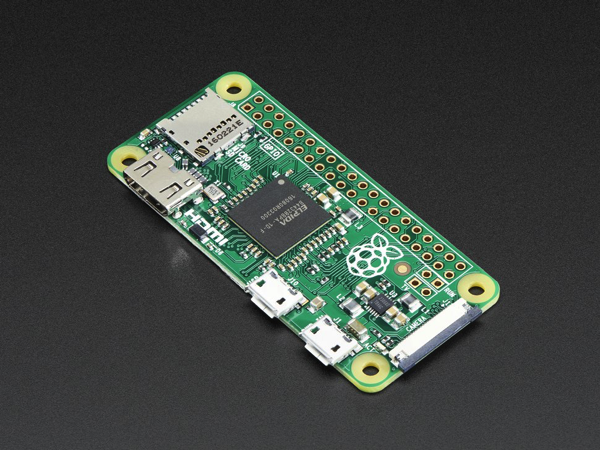 Raspberry Pi Zero – Version 1.3: At first glance, the Pi Zero isn’t much. It just looks like a slimmed down version of the Raspberry Pi we know and love. But when we started to think of the possibilities – and what a well-chosen set of accessories could add – we realized the appeal. And then we saw the price…could it be true? Yes! Read more.