The last three Star Trek movies have been action movies. But that wasn’t always the case. Once upon a time Star Trek movies had almost no action at all. They turned on character dynamics and a moral or philosophical conflict. Case in point: Star Trek 4, which is about saving whales. Here’s Spock mind melding with a humpback whale.

In Star Trek 4 a gigantic, mysterious cylindrical spaceship is bringing atmospheric disaster to Starfleet and San Francisco, its only transmission the songs of extinct whales. Kirk, Spock and company travel back in time to find some whales and bring them back to the future in hopes these whales can tell the gigantic, mysterious cylindrical spaceship to please not destroy the planet. That’s bonkers.

I saw Star Trek 4 with my grandfather at a drive in movie theater in Northern California near Redwood City. He’d picked me up from summer camp at Marine World, Africa, U.S.A. where I was learning about orcas and dolphin and sea lions and pilot whales. Here’s an orca breaching over William Shatner at Marine World in 1987. 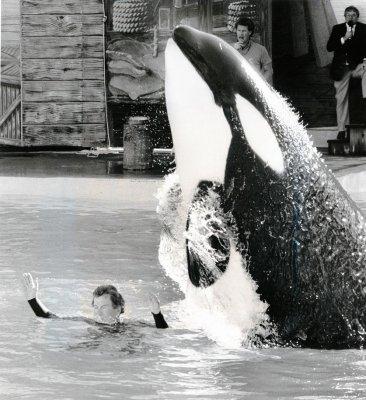 Blackfish was decades years away at that point, and I was a little kid. As much as I loved whales of all sizes it never occurred to me the profound damage done to these creatures by being in captivity. But I still loved whales, and in that fall of 1986, when my grampa surprised me by stopping by the drive-through movie theater on they way home, there seemed to be something cosmically kind about Star Trek 4. Because instead of being about any of the unresolved cliffhangers from Star Trek 3, it’s about saving whales. 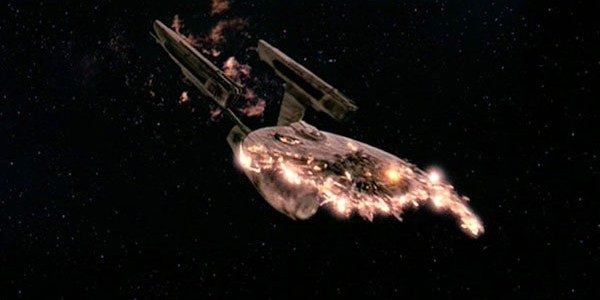 At the end of Star Trek 3 Spock has been resurrected, the Enterprise has been destroyed, and Kirk and company have ostensibly been kicked out of Starfleet for extreme mutiny. But through some strange alchemy of 80’s politics, first time director Leonard Nimoy’s understanding of these characters, and Gene Roddenberry’s utopian vision, instead of delving into all that muck, Star Trek 4 became an altruistic movie filled with charming character moments, a lot of comedy, and nothing even approaching an action sequence. Hello, computer! 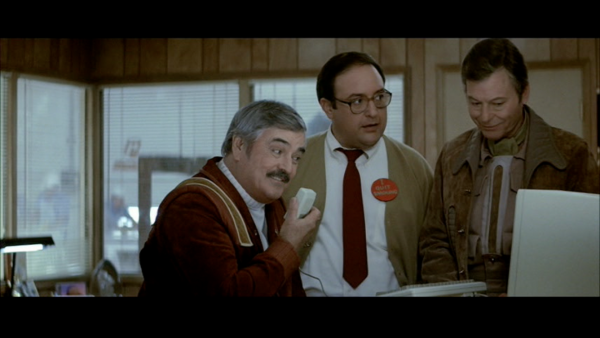 Which isn’t to say Star Trek stories can’t manifest as action movies, but the basic dynamic of Star Trek — multicultural utopian space-explorers who navigate moral and philosophical conundrums — is so flexible they can applied to all sorts of genres and sub-genres. 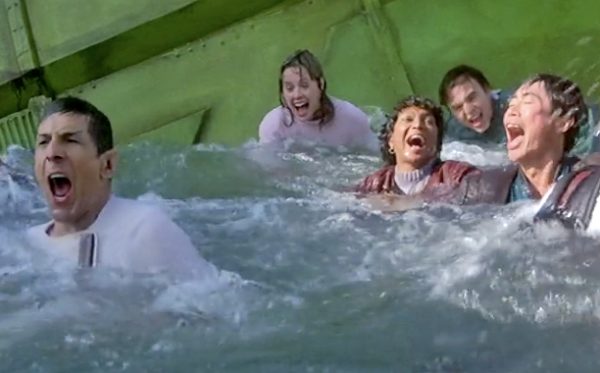 Me, I cried at the end of Star Trek 4. Because Kirk and Spock and Bones and the rest of them saved the whales. They went back in time and saved them, as if the ethics of Gene Roddenberry’s future utopia could unravel the sins of humanity. It’s not the reliance on action set pieces that bums me out about the Star Trek reboot, it’s the lack of optimism, moral courage, and scenes where the crew cheers together while treading water in San Francisco bay.