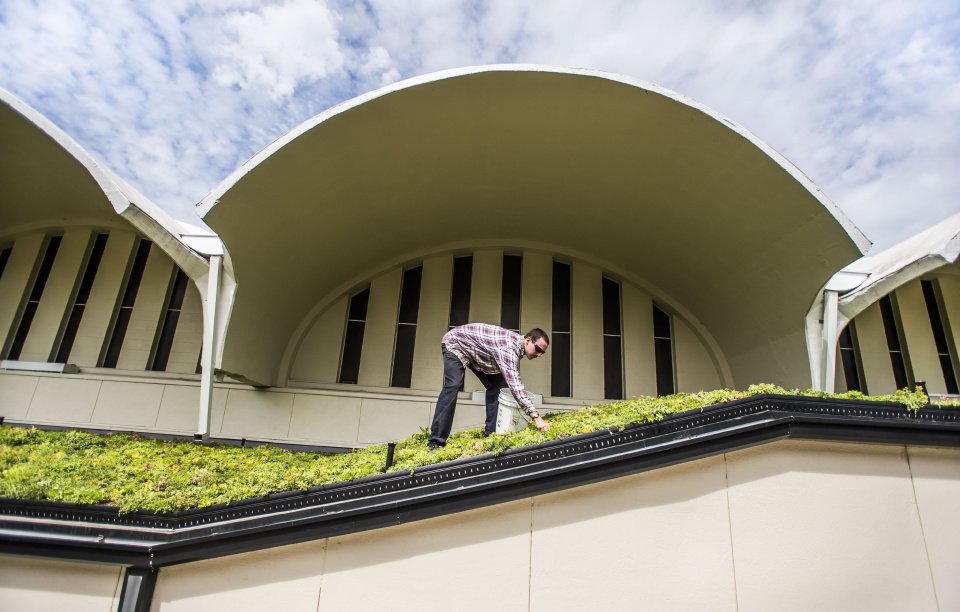 A Colorado Springs rooftop is the unlikely new home to nearly 13,000 sedums.

“We’re looking at using natural systems, or biomimicry, to solve problems,” Johnson said. “It’s a natural solution for the climate control of the building.”

In addition to reducing stormwater runoff, freshening surrounding air and lowering the noise level inside the building, the plants will serve as insulation, cutting down on the facility’s utility bills year-round, he said.

“In the summertime, it will keep the roof cooler, which will in turn help to keep the inside of the building cool, and vice versa in the wintertime,” said Josh Ortiz, CC’s landscape and grounds supervisor.

Two other green roofs are planned on campus – at the renovated Tutt Library on Cascade Avenue and at student housing near North Nevada Avenue and East Uintah Street, Ortiz said.

“Everything is irrigated,” he said. “We do have to do some weeding here and there, but for the most part it takes care of itself. It seeds itself, and it’s a perennial plant, so it will come back every year.”

The college began the $200,000 project months ago, Ortiz said. Crews installed a waterproof membrane, cobblestone roofing and edging, and an irrigation system before placing the plants.

Ortiz’s team of 15 employees and 25 student workers planted the succulents in two days.

Comments Off on Colorado College’s ‘Living’ roof will reduce utility bills – and it looks good, too #Biohacking