American artist Anthony Howe has designed a large kinetic sculpture to heighten the impact of the modest-sized cauldron during the opening ceremony of the 2016 Olympic games (+ movie).

Anthony Howe created the huge moving sculpture to amplify and reflect the light from the relatively small Olympic cauldron during this year’s opening ceremony, which was held on Friday at the Maracanã Stadium.

The metal sculpture is made up of hundreds of reflective spheres and plates organised concentrically around the cauldron and supported by a metal ring.

Each piece is designed to rotate independently around the ring, creating a pulsating movement and millions of reflections from the cauldron’s flame.

“My vision was to replicate the sun, using movement to mimic its pulsing energy and reflection of light,” said the artist.

“I hope what people take away from the cauldron, the opening ceremonies, and the Rio games themselves is that there are no limits to what a human being can accomplish.”

The sculpture weighs 1,815 kilograms and measures 12.2 metres in diameter. 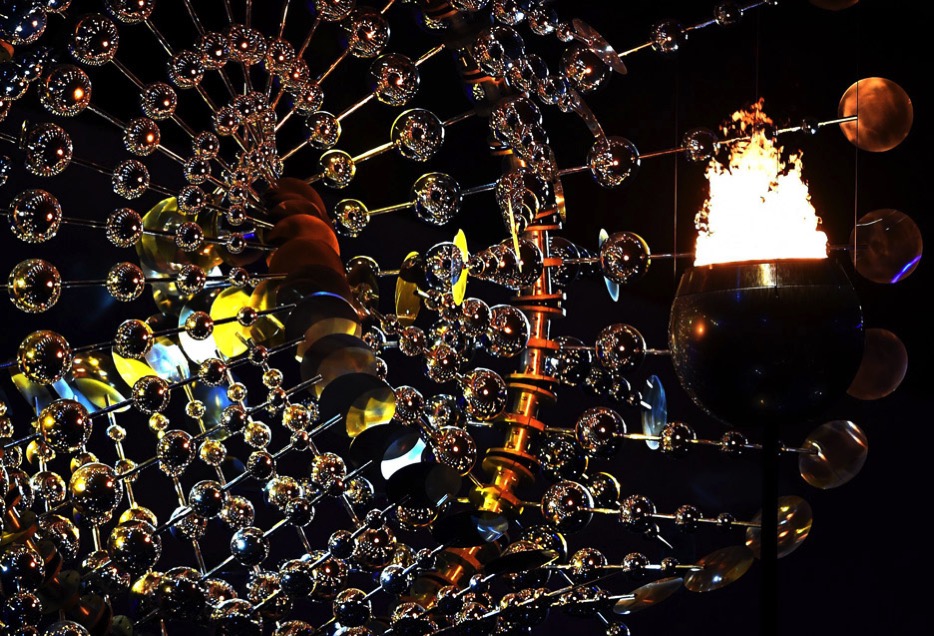