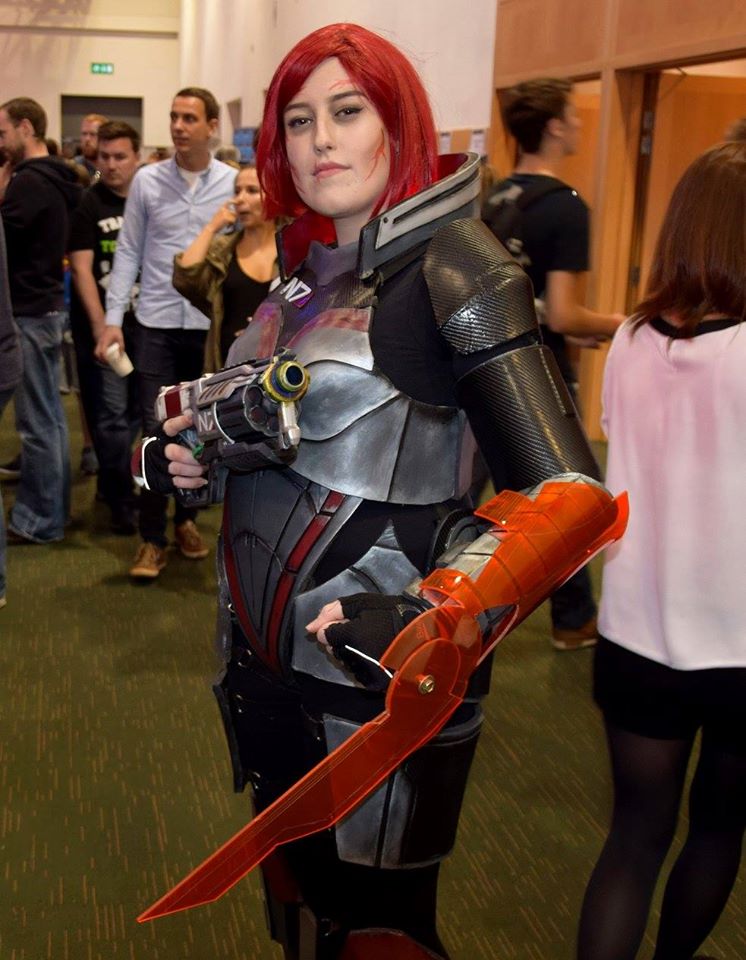 Ien’eina Cosplay decided she was ready to tackle a foam armor build for her second ever cosplay and she chose renegade Commander Shepard for the project. She recently debuted the Mass Effect inspired costume and shared some notes about crafting the armor and gun (it was a Nerf gun — you can see a before and after shot below). She says:

This is my second cosplay, my first one was sewing based. This was the first time I’d ever used foam, perspex, painted a nerf gun and done wiring for the LEDs. The gun is a modified nerf gun, all the logos taken off and all repainted (it still is fully functional too). Feel free to ask any questions about it as I’ll be happy to answer! I also do know some things with it aren’t fully game accurate, there is no belt in my cosplay as It ended up looking too bulky.

She made the blade in a single day:

Basically it’s made from a thermoplastic called perspex (or also called cast acrylic). I used simple orange tinted perspex because I couldn’t source some fluorescent stuff. I made the patterns myself, the blade and body are separate so the blade can be folded up on top of the body for convention safety and storage, hence the nut and bolt (I fold the blade down for photos). So perspex is fairly brittle and needs to be cut slowly on the slowest speed with blades with a fine tooth with a jigsaw, or bandsaw. Once it was cut out, I went in and filed everything to smooth out the edges as it’s very hard to cut curves with a jigsaw/bandsaw. I then went in with a sharp stanley knife and etched in some lines and detailing to break up the flat surface. I then attached my elastic to it with some contact cement. 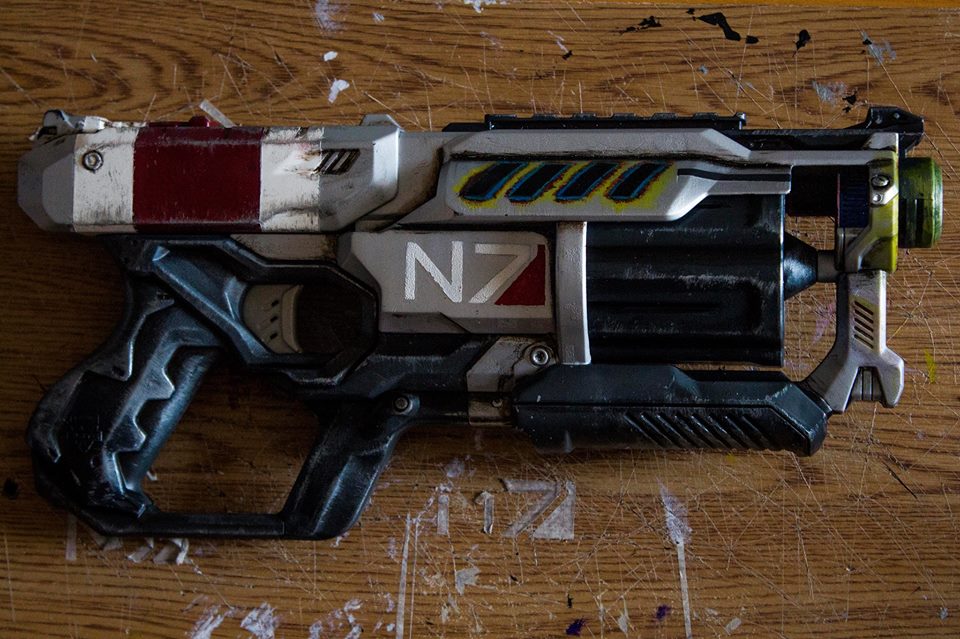 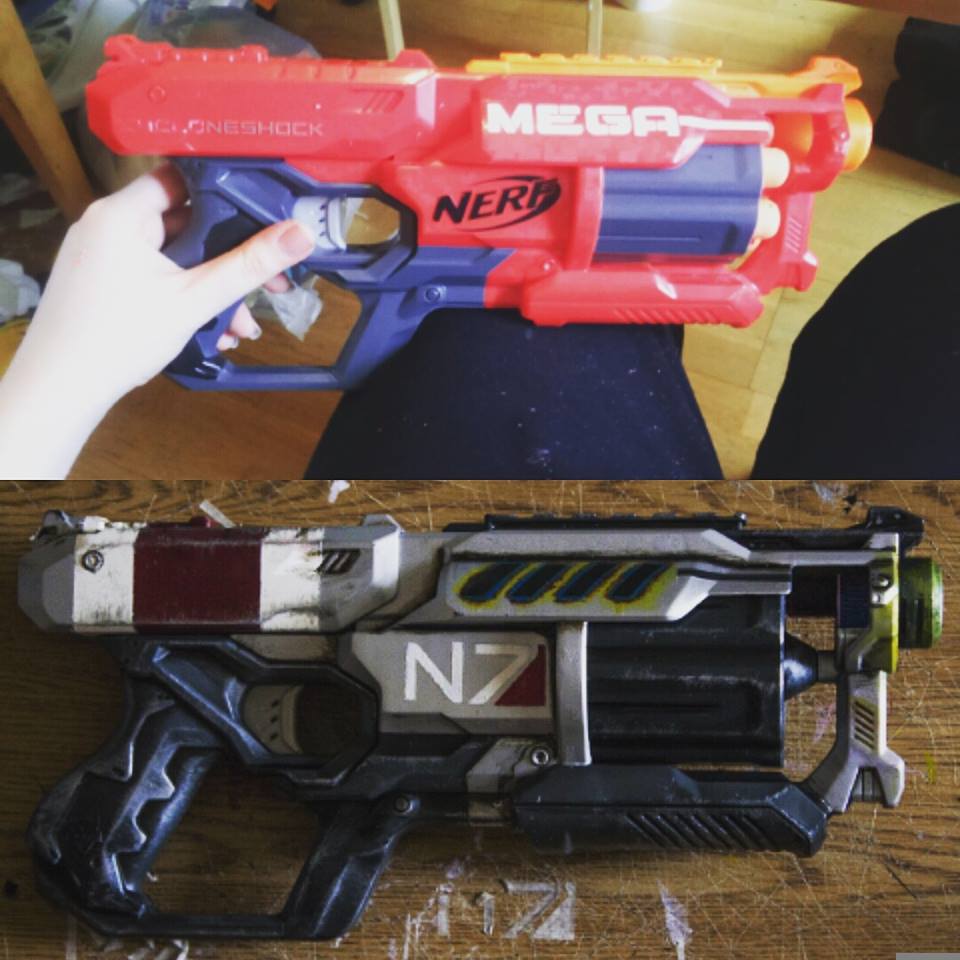 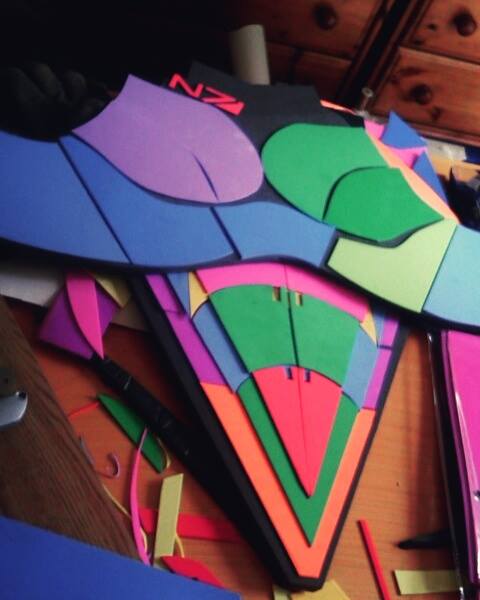