Have We Reached the Athletic Limits of the Human Body? #Biohacking 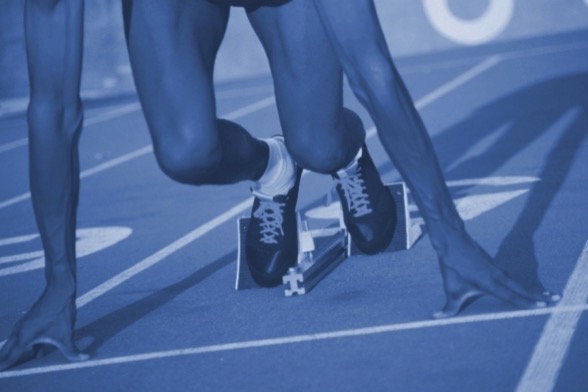 At this month’s summer’s Olympic Games in Rio, the world’s fastest man, Usain Bolt—a six-foot-five Jamaican with six gold medals and the sinewy stride of a gazelle—will try to beat his own world record of 9.58 seconds in the 100-meter dash.

If he does, some scientists believe he may close the record books for good.

Whereas myriad training techniques and technologies continue to push the boundaries of athletics, and although strength, speed and other physical traits have steadily improved since humans began cataloguing such things, the slowing pace at which sporting records are now broken has researchers speculating that perhaps we’re approaching our collective physiological limit—that athletic achievement is hitting a biological brick wall.

Common sense tells us that of course there are limits to athletic achievement: Barring some drastic amendment to the laws of physics, no human will ever run at the speed of sound. And physiologically speaking there’s only so much calcium that can flood into a muscle cell causing it to contract; there’s only so much oxygen our red blood cells can shuttle around.

In this vein, in 2008 running enthusiast and Stanford University biologist Mark Denny published a study attempting to determine if there are absolute limits to the speeds animals can run. To do so he analyzed the records of three racing sports with long histories of documentation: track and field and horse racing in the U.S., along with English greyhound racing.

By plotting winning race times back to the turn of the 20th century and by controlling for population growth, Denny was able to conclude that there is indeed a predictable limit to the time it takes for a particular species to cover a certain distance. In fact, his data show that horse and dog racing as well as some human track and field events may already be there. “We’re definitely plateauing,” Denny says. “Just look at the horse racing data, which I think parallels what’s happening in humans. Winning times in the Triple Crown haven’t really [improved] since the 1970s—and this is despite all of the millions of dollars being poured into breeding faster horses.”

As Denny explains, horses can still be bred to improve on a particular attribute, however doing so comes with collateral physiological drawbacks. “You can breed a horse to go faster than ever before or to have stronger muscles but then its legs will break. It really looks like we’ve maxed out the gene pool for thoroughbreds.” And we could be next.

Genetically speaking, racing horses are an especially homogenous lot, as all thoroughbreds descend from just three stallions brought to England in the 17th and 18th centuries (and a slightly larger number of “foundation mares”). But Denny points out that in a number of women’s track events speeds have also leveled off, with many records going unbroken since the 1980s (when, as he puts it, many competitors were suspected of being “doped to the gills.”) Denny cites marathoner Paula Radcliffe’s 2003 world record time of 2:15:25 (purportedly unassisted by performance-enhancing drugs, despite an investigation) as being nearly at his predicted maximum speed for the women’s marathon. Male marathon runners may still have some wiggle room. Denny’s model predicts that the current record of 2:02:57 can be improved on by three or so minutes, in line with the much publicized pursuit of the two-hour men’s marathon.

Comments Off on Have We Reached the Athletic Limits of the Human Body? #Biohacking