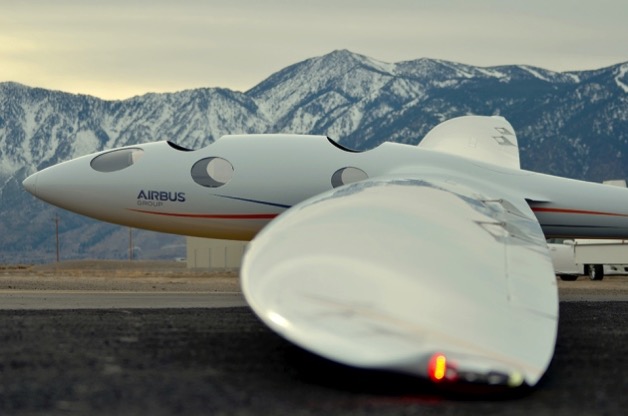 A glider that aims to soar higher than any other piloted aircraft will begin its first campaign this month in the skies above Argentina. For its pilots and engineers, the Perlan Project holds the excitement of breaking the world altitude record for gliding — and perhaps one day reaching close to the vacuum of space.

But for Elizabeth Austin, the project’s chief scientist, there’s another thrill: the glider will carry scientific instruments for climate, aerospace and stratospheric research that cannot be done using other means. “The possibilities are just so incredible,” says Austin, an atmospheric physicist and the founder of forecasting service WeatherExtreme in Incline Village, Nevada.

The carbon-fibre glider, built with a pressurized cabin, is intended to achieve sustained flight at around 27,000 metres, where the density of air is about 2% of that at sea level. In the series of flights that the craft will begin in mid-August, it will fly to only 15,000–18,000 metres — in part because of weather conditions — but this could still break the glider altitude record of 15,445 metres, set by an earlier Perlan model.

The glider will carry instruments to measure levels of aerosols and greenhouse gases, including ozone, methane and water vapour, and will gather information on the exchange of gases and energy between the two lower layers of Earth’s atmosphere: the troposphere and the stratosphere. Those data, to be collected this year and next, could improve climate models, which account poorly for these atmospheric interactions and contain “horrific” uncertainties about the levels and behaviour of water vapour at stratospheric altitudes, Austin says.

Scientific balloons have already flown at much higher altitudes, but they must follow the wind, Austin adds, whereas a pilot can steer and circle a glider. “We can spend hours flying where we want. A glider is an incredible scientific platform as there’s no other way to get this sort of data.”