The Concorde, sadly, is no more. But its story will survive as an engineering marvel of its day and ultimately a plane of legend. Notably in the early 1970s, even prior to the airplane being used for passenger service, it was being used for a once in blue moon opportunity – or in this case a black moon opportunity, as a prototype Concorde was used to chase an eclipse for an astounding 74 minutes of observation! Motherboard have the full story. 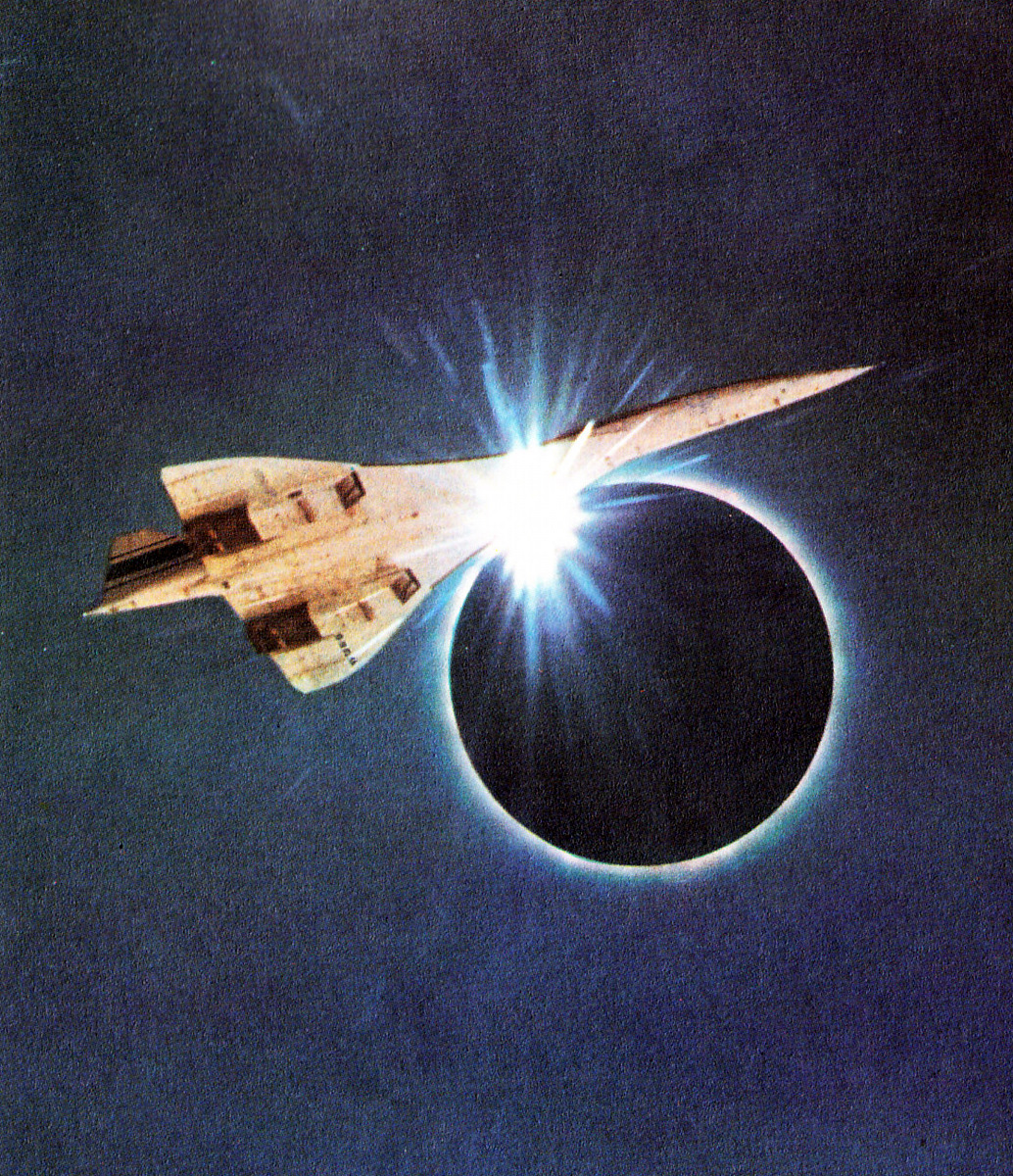 …in 1973, a small group of astronomers from around the globe had a secret weapon for seeing a longer eclipse than ever before: a prototype Concorde, capable of chasing the eclipse across the Earth at twice the speed of sound.

The plan seemed deceptively simple. Closing in at maximum velocity, Concorde would swoop down from the north and intercept the shadow of the moon over northwest Africa. Traveling together at almost the same speed, Concorde would essentially race the solar eclipse across the surface of the planet, giving astronomers an unprecedented opportunity to study the various phenomena made possible by an eclipse: the ethereal solar corona, the effect of sunlight on the darkened atmosphere, and the brief red flash of the chromosphere, a narrow region around the sun that’s usually washed out by the much brighter photosphere.