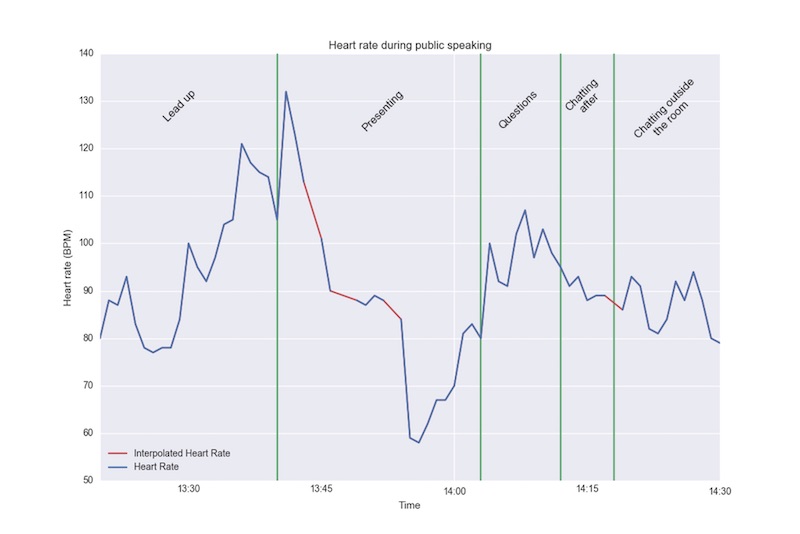 User amacd31 on the Data is Beautiful Reddit group has generated a interesting chart of their last public speaking engagement. Due to the lack of quality tools for easily remixing health data with life events the burden is put on geeks who can code to come up with ways to share their experiences. Here is what amacd31 did:

The heart rate data came from my Fitbit HR, which I’ve been downloading into a PhilDB database (Python time series database I’ve written). The data was read back out for the visualisation which was produced using a combination of Pandas, Seaborn and matplotlib.

Jupyter notebook that produced the plot:https://github.com/amacd31/fitbit_data_work/blob/master/PublicSpeakingHR.ipynb

This was only the second time I’ve ever presented at a conference and I had the idea to look at the Fitbit data a few days after I presented.

Comments Off on Heart Rate During Public Speaking – Data is Beautiful