Quad Format, Helical Scanning, Betamax, and More: the History of the VCR #ThrowbackThursday

Another stellar article by IEEE Spectrum, this time on the origins of videocassette recorders, and the then-impending battle for format supremacy – oh how exhaustive that ‘war’ now seems that it’s all long-gone (psst: Betamax ftw!). 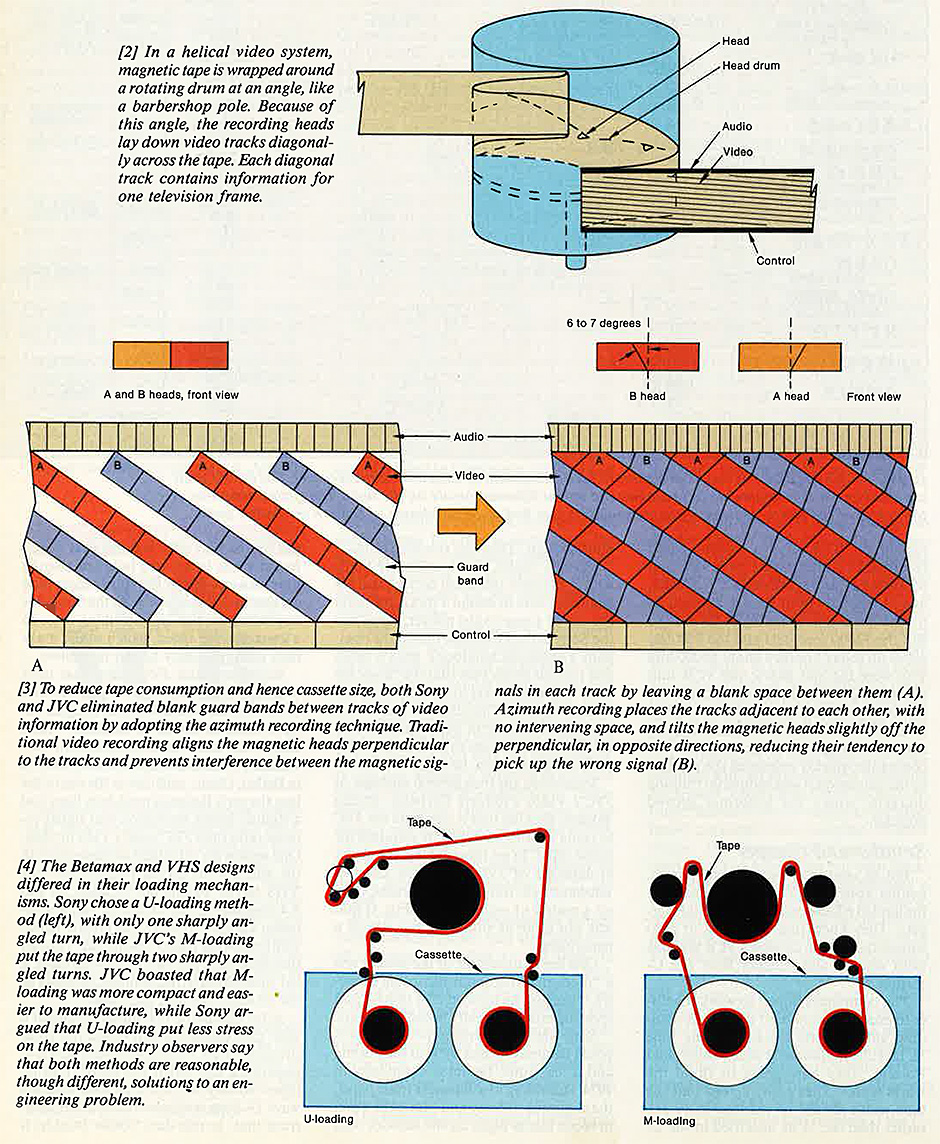 Sony showed a prototype of its proposed Betamax format VCR to Matsushita and a few other Japanese companies in 1974. According to Japanese trade paper, the chairmen of Sony and Matsushita met in secret late at night on the subway, with the Matsushita side arguing that it had found a way to get two hours of playing time on a cassette only a third bigger than a paperback book, with the Sony side unyielding on size and unwilling to go to a lower playing speed, which would make high picture quality harder to achieve.

Both Sony and JVC claim that their original VCR models had offered 240 lines of horizontal resolution and a signal-to-noise ratio of about 45 decibels. Frank Barr, who tests video products for Advanced Product Evaluation Laboratories in Bethel, Conn., said that at the top of the line, the early Betamax models by Sony had a slightly better resolution and signal-to-noise ratio than JVC’s early VHS models. One reason for this slight difference lies in the selection of carrier frequencies‑the VHS carrier signals fall between 3.4 and 4.4 megahertz, the Betamax signals between 4.4 and 5.g MHz, the greater bandwidth allowing higher resolution. Though this difference was almost indiscernible, it led videophiles to recommend Betamax as the ultimate format, Barr said.

Comments Off on Quad Format, Helical Scanning, Betamax, and More: the History of the VCR #ThrowbackThursday