Opposing Viewpoints on the Difficulty of Hardware Startups #ManufacturingMonday

Opposing synergy is still synergy, and last month two prominent hardware-focused blogs were written that basically offer counterpoints to each other on the difficulty of hardware (vs software, or just as-is in many cases).

The blog title by K9 Ventures – “You Can’t Spell Hardware without H-A-R-D” – declares their position and Manu Kumar goes on a refined, point-by-point breakdown of the various aspects of what could go wrong, where, but does ultimately admit this is a “thesis on hardware” and obviously some factors are entirely unpredictable.

Software is awesome as it gives you instant gratification. You make a change, compile, and voila you can see the effect of what you did. Hardware is different. It requires a higher level of discipline than software does. In fact, in college I used to joke that Electrical and Computer Engineers could write better code that Computer Scientists (not something I would argue about as voraciously now).

But building physical product provides a different level of satisfaction. There’s something cool about holding a physical product in your hand and knowing that you had a part in creating it. I think it’s with that in mind that I’ve been pretty open to investing in hardware companies as well as software companies.

Meanwhile Bolt.io’s Ben Einstein asks makers to ‘Stop Saying “Hardware is Hard”‘ with his article published a few days after K9’s. It’s more of a holistic ‘why’ it’s easier, with a then-and-now perspective on hardware. 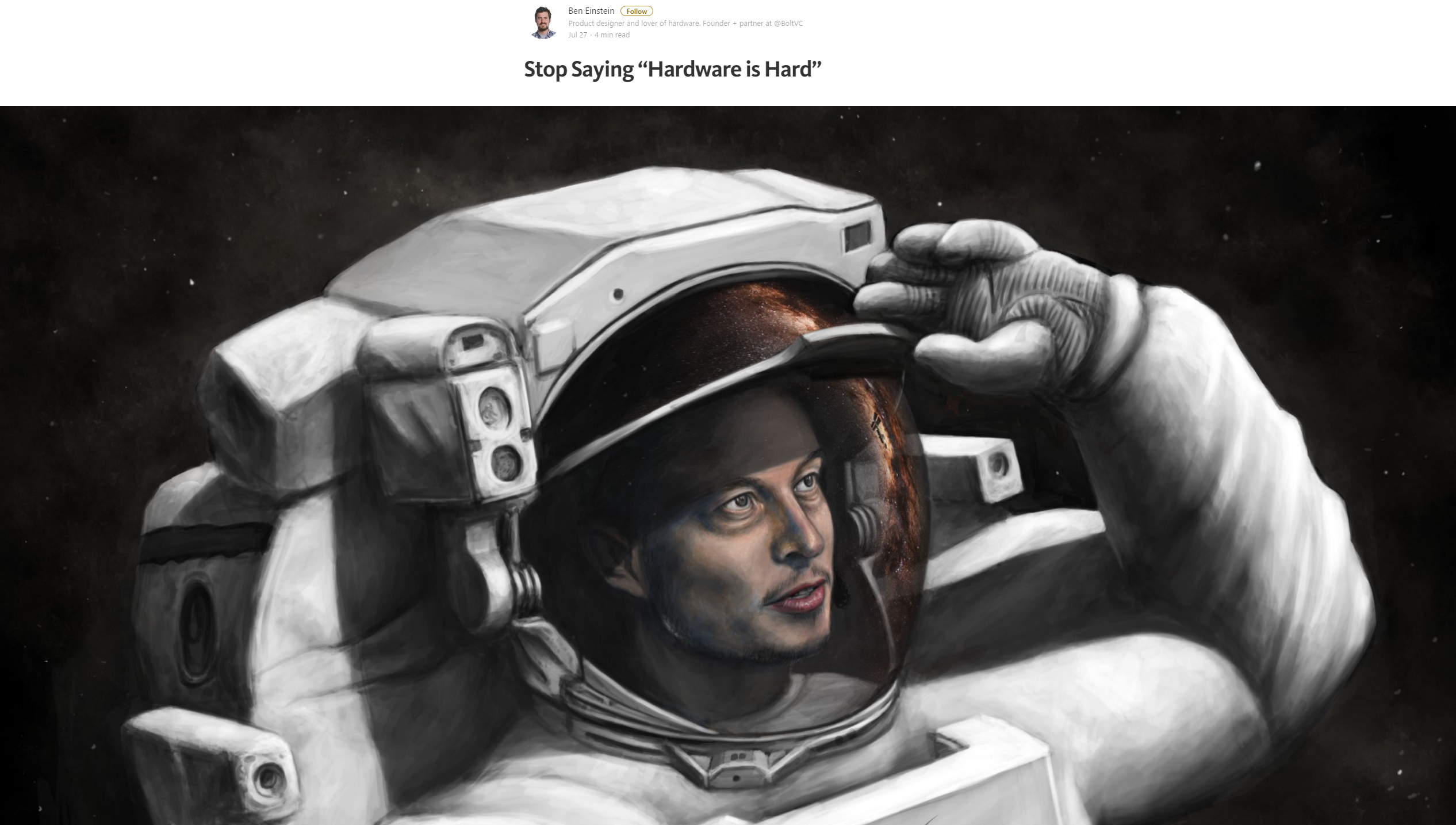 I hear the phrase “hardware is hard” dozens of times a week. Repeating this cliche misses both the point and the opportunity. If we want to live in a world of autonomous cars, consumer space travel, and a green energy grid (I know I do) we have to stop defining hardware by its difficulties. The truth is, it has never been easier to start a hardware company. Why is this phrase so common?

Hat-tip to Haytham Elhawary from Zahn Innovation Center for pointing out these two articles.