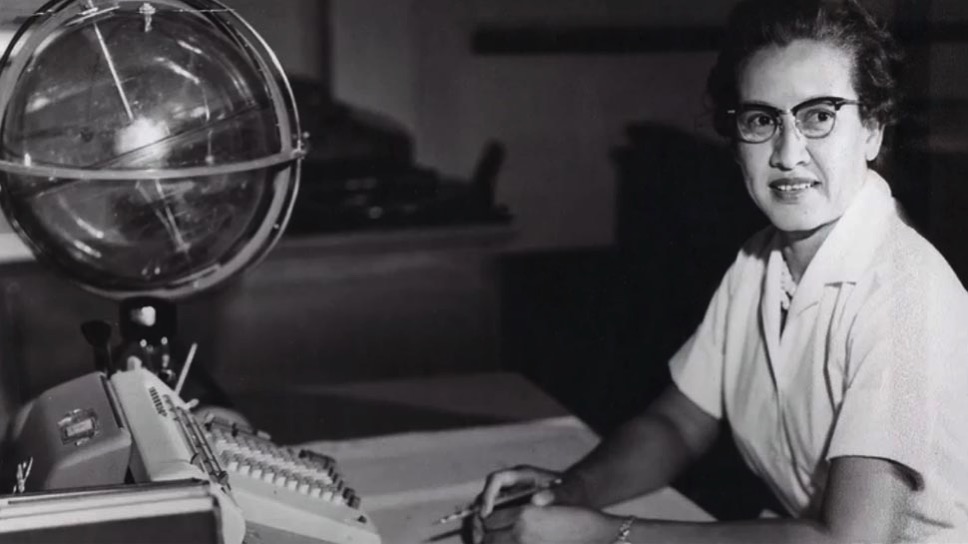 Katherine Johnson was born on August 26th in 1918. Today we celebrate her contributions to STEM, via NASA

Katherine Johnson loved to count. “I counted everything. I counted the steps to the road, the steps up to church, the number of dishes and silverware I washed … anything that could be counted, I did.” And so it began for this young girl from West Virginia. Born in 1918 in White Sulphur Springs, W.Va., Johnson’s love for mathematics was inherent, an inclination she had from birth. At a young age, she was ready and anxious to go to school. She can vividly remember watching her older siblings go to school and wishing so much that she could go with them. The opportunity to attend school finally did come. Johnson so excelled that she began her studies in the second grade, then moved into advanced classes. By age 10, Johnson was in high school.

In school, one teacher stood out to Johnson. Miss Turner taught geometry, and Johnson couldn’t wait to take her class. The teacher was a great encourager to the students and a strong mentor to many of them. Johnson did so well in her classes that she graduated early from high school, and at age 15 she entered West Virginia State College. She had two years before having to declare a major, so Johnson wavered between English, French and mathematics. One of her professors at West Virginia State College helped Johnson with her choice. She told Johnson, “If you don’t show up for my class, I will come and find you.” And so it was, through part threat and part joke, Johnson steered her way into what was already her first love: mathematics.

At West Virginia State College, Johnson became immersed in academia and the mathematics program. She loved being surrounded by smart people, she said, and knew all of the professors and students on campus. One of her professors, the renowned Dr. William W. Schiefflin Claytor, recognized the bright and inquisitive mind that Johnson had. “You’d make a great research mathematician,” he told her. Then professor Claytor did something else. He told Johnson that he would help her become one. Johnson said, “Many professors tell you that you’d be good at this or that, but they don’t always help you with that career path. Professor Claytor made sure I was prepared to be a research mathematician.” He saw that Johnson took all of the mathematics classes listed in the catalog that were needed to pursue her life’s passion, and even went so far as to create a class in analytic geometry of space just for her. At age18, Johnson graduated summa cum laude with Bachelor of Science degrees in mathematics and French. Johnson recalls of her professor, “Claytor was a young professor himself, and he would walk into the room, put his hand in his pocket, and take some chalk out, and continue yesterday’s lesson. But sometimes I could see that others in the class did not understand what he was teaching. So I would ask questions to help them. He’d tell me that I should know the answer, and I finally had to tell him that I did know the answer, but the other students did not. I could tell.”

Lesson: Accept the help you’re given, and help others when you can.

Johnson ended up teaching after college; at that time, teaching was the only option for her in her community. She left teaching to marry and start her family. When her husband fell ill in 1952, she began to teach again. And then one day, at a family function in the 1950s, a relative mentioned to Johnson that the National Advisory Committee for Aeronautics, the predecessor to NASA, was hiring. They were specifically looking for African-American females to work as “computers” in what was then their Guidance and Navigation Department. In the 1950s, pools of women at NACA did calculations that the engineers needed worked or verified. Johnson immediately applied for the job, but the agency already had filled its quota for the year. By the time the next year rolled around, Johnson had applied again and found herself with two contracts on her table. One was a contract to teach, and one was to work for NACA. Remembering what professor Claytor had always told her about becoming a research mathematician, she took the job at NACA.

Comments Off on Katherine Johnson: A Lifetime of STEM #WomenInSTEM