Adafruit’s Circuit Playground is a great piece of kit for this sort of project because it features lots of components and sensors already on the board – Making it a versatile platform for all sorts of projects. In a recent demo sketch, Phillip Burgess (AKA PaintYourDragon) put together the “comm_badge” example, which plays the infamous “chirp” sound from Star Trek whenever the accelerometer senses its been tapped. It’s a neat little demo and showcases how the on-board sensors can be combined to make interesting projects. PhilB thought it’d be a cool if Pedro and I 3D printed the Combadge to dress up the demo and make it into a little cosplay prop. Being Star Trek’s 50th anniversary, we thought’d we step it up a notch and try CNC milling it out of actual metal stock. 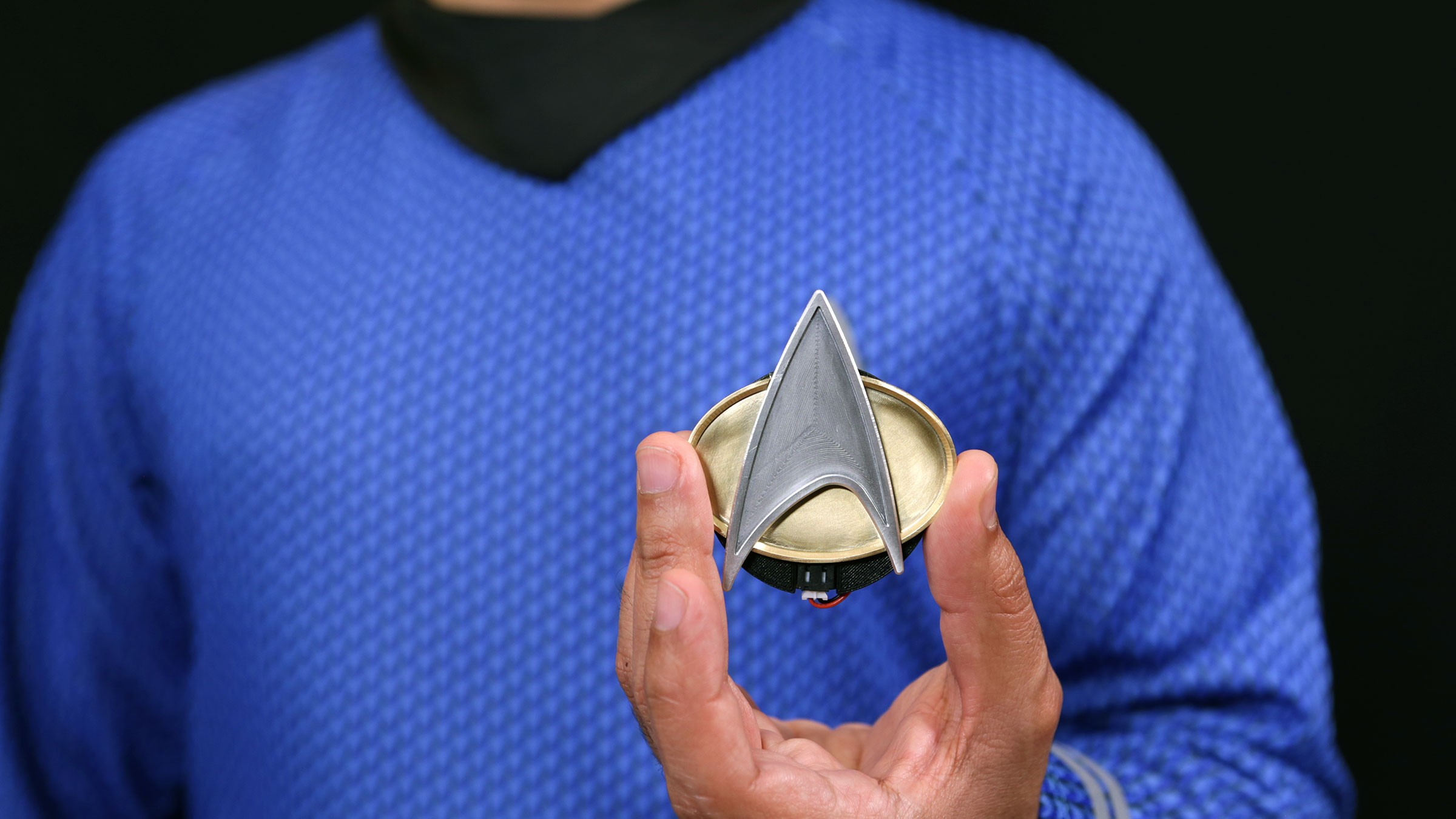 Using the Othermill Pro desktop CNC, we choose to machine the Combadge out of 360 brass and 6061 aluminum, both being machinable friendly materials. We designed the parts in Autodesk Fusion 360 and modeled them around the Circuit Playground board. This project posed an interest set of challenges because we needed to learn how to use CAM tools in Fusion 360. The parts utilize common machining procedures such as 2D pockets, contours and chamfers. The Othermachine company provides a custom Fusion 360 Tool Library, which made setting up GCODE files relatively easy to get started. They also provide a great support page on their website with recommended speeds & feeds settings for various materials.

Surprisingly, we didn’t run into too many issues with this project (yay, no broken bits!). The Othermill software, Otherplan, makes it easy to catch tool collisions and generates a rendered preview so, we knew exactly what we were getting. The only thing we had to redesign was the brass base plate – Only because we originally made it too thick (It was just too heavy to wear ;-). Other than that, we were really pleased with the final result.

If anyone is interested in building one, we put together documentation on the Adafruit Learning System, along with the design files (Thingiverse) and code (Github). If you’re new to Arduino, Circuit Playground, or even the Othermill CNC, we cover it all in the guide.