Elizebeth Friedman and the Intertwined History of Radio, Cryptography, Al Capone, and Prohibition

And while she is credited with pioneering modern cryptography, this did not come about through pure intuition. Elizebeth honed her skills during very real-world scenarios, sometimes involving time-sensitive situations. Prohibition in the United States is a storied part of America’s past, and Smithsonian.com have an absolutely fantastic write-up on Friedman’s work during that era when she intercepted – and cracked! – “hundreds of the radio messages that incriminated Al Capone’s liquor smuggling group.” Messages like “MJFAK ZYWKB QATYT JSL QATS QXYGX OGTB” were translated to “anchored in harbor where and when are you sending fuel?”

This and other feats lead to the establishment of modern cryptanalysis, Friedman’s place in the Cryptologic Hall of Honor, and even the naming of the OPS1 building at the NSA after her and her husband, a fellow cryptographer (the building’s informal name is The William and Elizebeth Friedman Building – it’s the shorter, longer building from the 1950s, not the taller reflective buildings seen in iconic images of the NSA complex today). 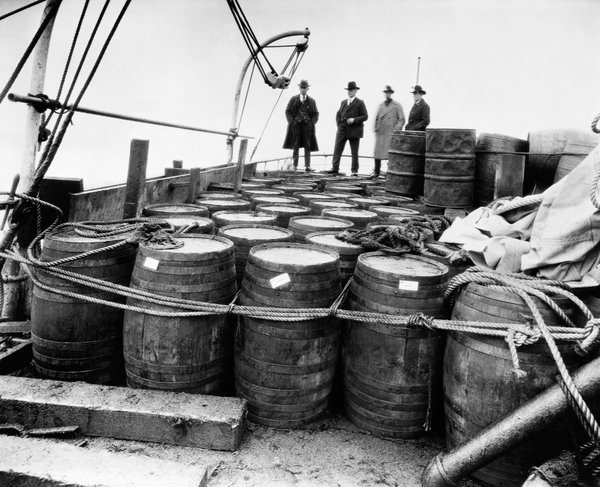 On April 11, 1931, during the height of Prohibition, federal agents raided the New Orleans headquarters of a Vancouver-based liquor ring. They arrested nine people and issued warrants for 100 more, including four members of Al Capone’s Chicago gang and at least a few Mississippi deputy sheriffs. For two years, investigators had watched, listened to, read, and deciphered the activities of four distilleries, united in New Orleans as one of the most powerful rum rings.

A grand jury indicted 104, and in 1933, Colonel Amos W. Woodcock, Special Assistant to the Attorney General, led the prosecution against 23 members of what he called “the most powerful international smuggling syndicate in existence, controlling practically a monopoly of smuggling in the Gulf of Mexico and on the West Coast.” His star witness was a five-foot-tall Coast Guard codebreaker named Elizebeth Friedman.

Using a piece of chalk, she stood before the jury and explained the basics of cryptanalysis. Friedman talked about simple cipher charts, mono-alphabetic ciphers and polysyllabic ciphers; she reviewed how cryptanalysts encoded messages by writing keywords in lines of code, enclosing them with letter patterns that could be deciphered with the help of various code books and charts rooted in the schemes and charts of centuries past.

Prior to Prohibition, the Coast Guard protected American interests largely by supervising customs and maritime regulations in coastal waters. But as an arm of the Treasury, the Coast Guard became responsible for enforcing Prohibition enforcement on the seas, fighting piracy and smuggling in territorial waters once enforcement of the Volstead Act began in January, 1920.

But between the second half of 1928 and 1930, the smugglers advanced from using two cryptosystems to 50 different codes. 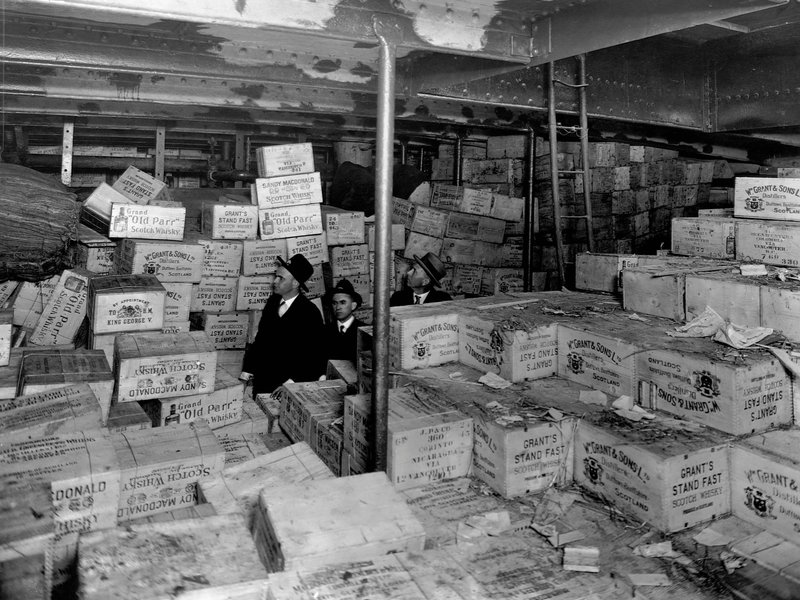 Comments Off on Elizebeth Friedman and the Intertwined History of Radio, Cryptography, Al Capone, and Prohibition