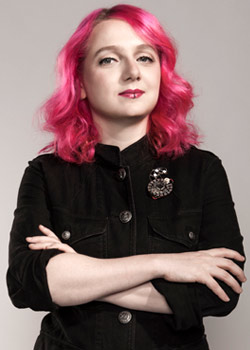 Mary Goldspink, CEO of EverOpen named Adafruit founder Limor Fried as one of 5 women who are changing the IoT world! Check out the full piece at ReadWrite

Many argue that the tech world — including IoT — is one big bro-nopoly. Why?

Well, maybe because only 5% of all VC funding goes to women-led startups. Embarrassing.

In addition, according to LinkedIn’s Talent blog survey, 91% of hardware engineers are men. Disconcerting.

Not to mention the Wired stats showing that of the thousands of venture deals minted from 2012 to 2014, so few black women founders raised money that statistically speaking the number might as well be zero or at least statistically insignificant. The exact number is 24 out of 10,238, or just 0.2 percent.

Oh, and of those few that did raise money, the average amount of funding is $36,000. To get a better picture, compare that number with what the average white male raises: $1.3 million.

But while those stats surely are depressing and demotivating at best, meet 5 strong and absolutely amazing women who refused to accept the status quo as they defy gravity on a daily basis, successfully running their tech companies and changing the world on a daily basis…

…Adafruit Industries is an open-source hardware company based in New York City. It was founded by Limor Fried in 2005, in her MIT dorm room, and now employs more than 50 people in the heart of NYC. Limor is a double MIT EECS graduate, who was the first female engineer on the cover of WIRED magazine, as well as awarded Entrepreneur magazine’s Entrepreneur of the year. Ladyada was a founding member of the NYC Industrial Business Advisory Council. Adafruit is ranked #11 in the top 20 USA manufacturing companies and #1 in New York City by Inc. 5000 “fastest growing private companies.” Adafruit is featured in Google’s Economic Impact Report. Limor was named a White House Champion of Change in 2016.