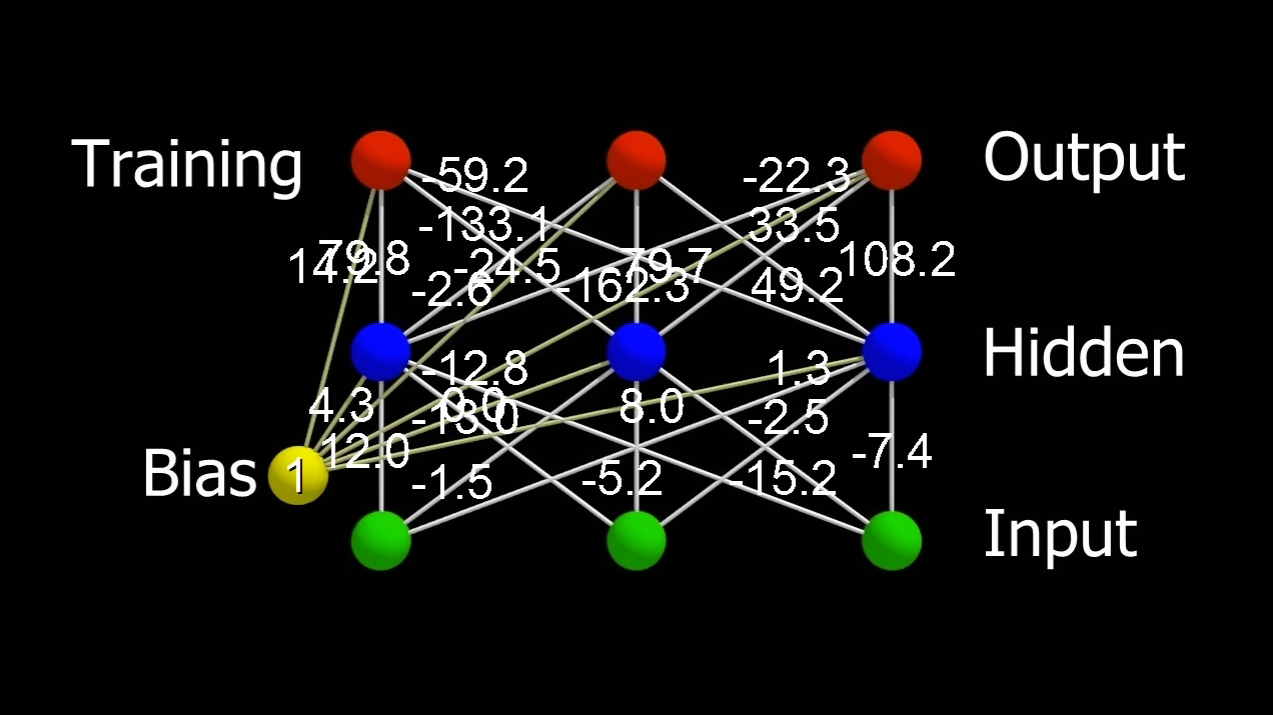 Neural networks are a way of doing machine intelligence that is based roughly on how the brain works. The human brain has around 86,000,000,000 neurons, a type of cell, all connected in various ways with roughly 1.5×10^14 connections between them. Below you can see a diagram of a few connected neurons and what that would look like in an artificial neural network used in a computer.

Here’s a small backpropagation neural network that counts and an example and an explanation for how it works, how it learns. A neural network is a tool in artificial intelligence that learns how to do things instead of be hand-coded. Recently it’s been popularized with Google’s deep dreaming neural network and Deepmind’s AlphaGo beating world champion Lee Sedol at the game of go.