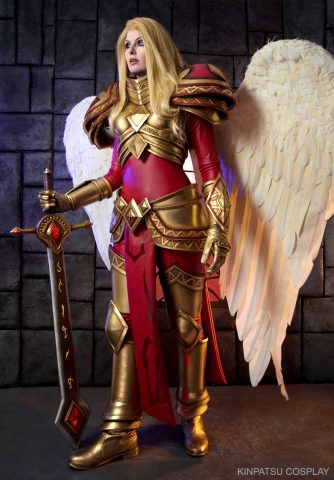 Kinpatsu Cosplay has an extensive portfolio packed with detailed replicas and solid craftsmanship. I was particularly taken with both her skills crafting different kinds of armor and at her representation of several characters from League of Legends. I asked Kinpatsu about her research methods, what she’s learned from making so much, armor, and more.

Kinpatsu Cosplay: This is my 4th year of cosplaying now. I was inspired to start cosplaying after I went to my first ever convention in 2011, I’d seen cosplay online in passing but I wasn’t really aware that we had a cosplay community here in South Africa. For me it seemed like an amazing way to combine my love for art and my love for gaming and anime, so the following year at the same convention I decided to give it a try and I’ve never stopped since.

Kinpatsu Cosplay: So far I have done 39 cosplays in total. 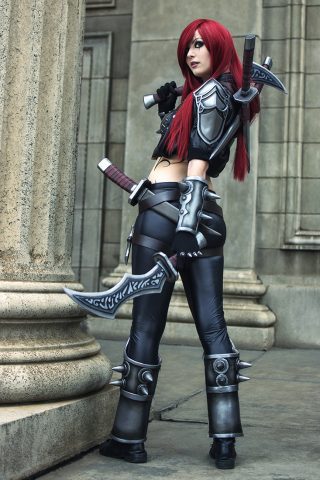 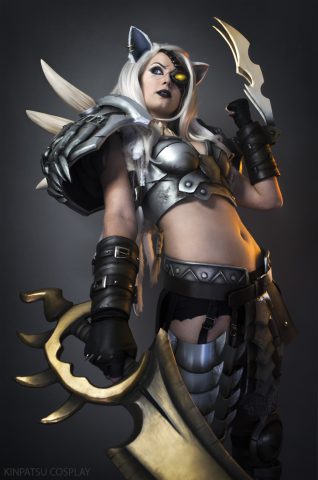 Adafruit: What goes into choosing which characters you want to cosplay? Do you ever pick a certain costume because you want to try a new material or skill?

Kinpatsu Cosplay: My process of choosing characters to cosplay is pretty simple, I just choose characters I love and that I’m drawn to. I can’t say I’ve ever chosen a character in order to try out a skill or material, I choose my character first and then figure out what to use for the costume afterwards.

Adafruit: You’ve made what looks like several sets of armor. What have you learned from making so much? What is your go-to material or trick for it?

Kinpatsu Cosplay: The one thing I’ve learned from making various armor sets and using different materials for each one is often it’s best to use various material in conjunction with each other to get the best and most cost effective result. Every set of armor I have made uses EVA foam in some way or another, it’s a very versatile material. 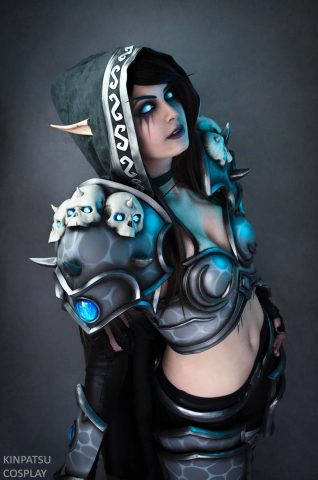 Sylvanas – Heroes of the Storm, photo by Eric Solomon

Adafruit: How do you go about researching the costumes you want to replicate?

Kinpatsu Cosplay: First I’ll go look for reference images of the actual character if it’s a game I’ll normally check out the actual in game model as well as official art as sometimes they can differ slightly. Once I’ve got reference images of the character I then go look at how other cosplayers and costumers have made the same character and how they’ve made certain parts of the costume, it’s a great form of inspiration to look at other peoples work and you can learn a lot from seeing how they’ve approached things. Then I go look up general tutorials for certain aspects of a costume that I might not have done before.

Comments Off on Cosplay Interview with Kinpatsu Cosplay