Vintage Radio for Listening to Mars (for Aliens!) During Moments of ‘Military-Imposed Radio Silence’ in 1924

I stumbled upon this very curious object in the digital collection of the Henry Ford. Listed as a ‘SE-950’ radio receiver, this hamr website describes it as a “U.S.Navy direction finding receiver.” The Henry Ford website says it was made in 1918, and perhaps more common during World War I. Curiously, they also mention it was utilized in 1924 when Mars was at it’s closest to Earth during a once-every-80-years or so opportunity; and that during this time a supposed “military-imposed radio silence” was ordained over the American public – wow!

The receiver has some unique features: the different knob styles, perhaps to physically identify the sensitivity of the knob being used; numerous external terminals perhaps for connecting to other wired devices; the horizontal square-toothed dial barely protruding from the surface, below the text ‘INTERNAL B COIL’ – all neat features!

The unit at the Henry Ford is apparently not on display, but the Smithsonian have one on display, further detailed as “NC-4 Type.” 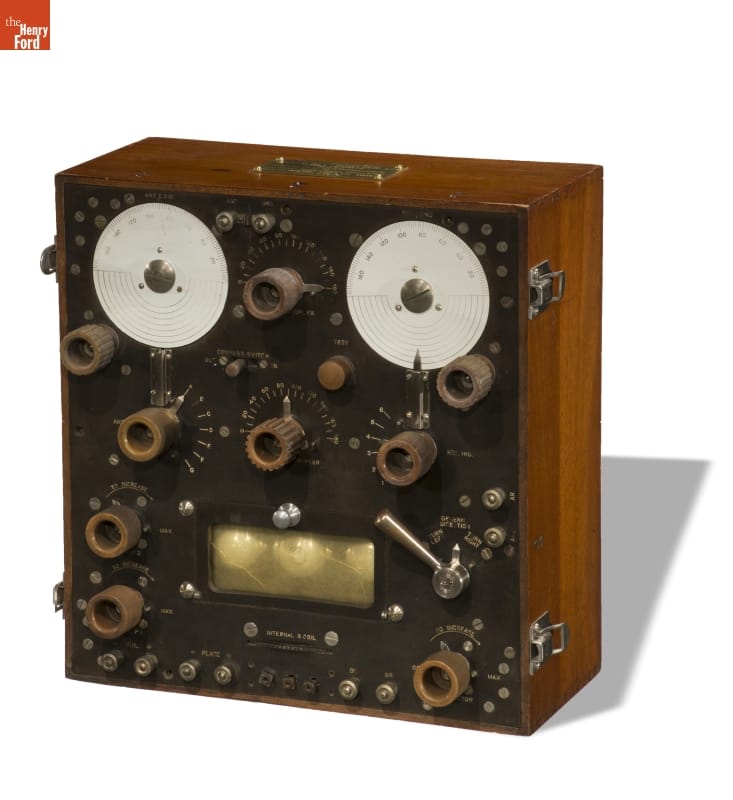 The SE950 was produced commercially during WWI as a rugged field radio; its versatile nature allowed it to remain useful in Charles Francis Jenkins’ laboratory. The radio was used in a curious 1924 experiment as Mars drew near Earth’s orbit. The SE950 was connected to a device capable of photographically recording any “alien communication” broadcast during military-imposed radio silence.

Comments Off on Vintage Radio for Listening to Mars (for Aliens!) During Moments of ‘Military-Imposed Radio Silence’ in 1924