A magical projet created by Bethanie Fentiman! – via KentRaspberryJams

I’ve had this idea for nearly a year now that the version of chess in the Harry Potter series should be made a reality. I knew that due to my inexperience of using the Raspberry Pi and my lack of knowledge about the game of chess or electronics, this project was going to be challenging project but I still felt that it was something that could be achieved using the contacts and resources I had at my disposal.

After some browsing of the internet, looking at various robotic contraptions used to make a similar system through the years, I decided to base my main system on the system found here: http://www.instructables.com/id/How-to-Build-an-Arduino-Powered-Chess-Playing-Robo/#step0 I felt that this was as similar to the initial idea I had considered. 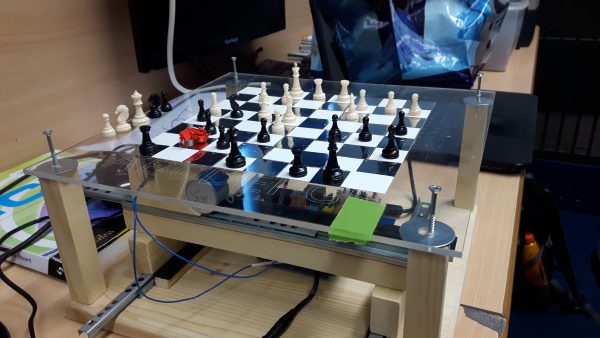