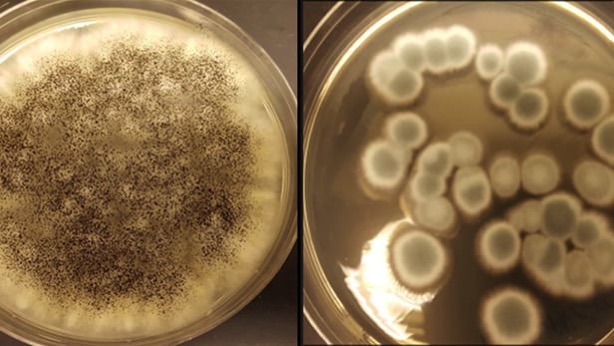 At the heart of devices like smartphones, tablets and electric cars are rechargeable batteries, and at the heart of those is lithium. With demand growing, mining isn’t sustainable long-term, so researchers are exploring the difficult task of reclaiming lithium from old discarded batteries. A new study has put three strains of fungi to work to extract these valuable materials from electronic waste, which could lead to a safer and greener battery recycling system.

Thanks to our thirst for ever-new technology, e-waste is an increasing problem, as tonnes of discarded electronics are dumped in landfills or incinerated, releasing potentially hazardous chemicals into the air, water and soil. In addition, many of the components are made from rare and valuable materials like lithium and cobalt, so finding ways to reclaim them can help take the pressure off limited natural resources.

But even then, separating out important metals often requires solvents and high temperatures. Looking for a greener alternative, the researchers, from the University of South Florida, turned to three strains of fungi: Aspergillus niger, Penicillium simplicissimum and Penicillium chrysogenum.

“We selected these strains of fungi because they have been observed to be effective at extracting metals from other types of waste products,” says Jeffrey Cunningham, the project’s lead. “We reasoned that the extraction mechanisms should be similar, and, if they are, these fungi could probably work to extract lithium and cobalt from spent batteries.”

First, the batteries are taken apart and the cathodes are pulverized, before a fungus is introduced. As the microbes go to work, they generate organic acids which effectively leach out the metals.

“Through the interaction of the fungus, acid and pulverized cathode, we can extract the valuable cobalt and lithium,” says Cunningham. “We are aiming to recover nearly all of the original material.”

At the moment, the team has managed to extract up to 85 percent of the lithium and 48 percent of the cobalt, thanks to the oxalic and citric acid that the fungi produces. Unfortunately, once they’re out of the batteries the metals are left in a liquid acidic medium, so the next step for the researchers is to separate the lithium and cobalt from that liquid.

“We have ideas about how to remove cobalt and lithium from the acid, but at this point, they remain ideas,” says Cunningham. “However, figuring out the initial extraction with fungi was a big step forward.”

With that concept shown to work, the team will continue to explore different types of fungi and their acids, to determine if any others can perform the extraction better. The technique may help reduce e-waste and meet the growing lithium demand, at least until systems making use of alternatives, like pyrite and organic compound flow batteries, can be developed.

The research will be presented at the 252nd National Meeting & Exposition of the American Chemical Society this week.