🎁📬❄️📦 Holiday Shipping Deadlines are approaching! International customers and domestic ground - get your orders in 12/9/2020 📦❄️📬🎁 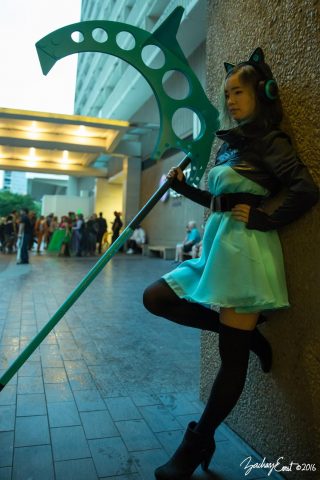 Cynthia Lu competed in BattleBots seasons one and two as part of the team for Overhaul. When she considered her costumes for Dragon Con this year, she decided to do an anthromorphized version of the robot. She came up with a design called Haru-chan; she carries a weapon based on part of Overhaul’s components and her outfit incorporates part of Team Overhaul’s uniform. Cynthia recruited two friends to join in the BattleBots cosplay with her — they dressed as SawBlaze and Road Rash).

Cynthia documented the build on her blog and explains:

These pieces [the weapons] were going to all be cut out of foamboard, and assembled slightly differently: Sawblaze would have dowels for hand holds and saw support, Hanna made a 3D printed case and belt harness for holding the Roadrash swords crossed against her back, and I 3D printed out an attachment to connect back of the scythe to the staff I was using.

I actually wanted to the Overhaul scythe to be bigger (surprise!) than what could fit on a 24×36″ board, but ultimately what became the deciding factor was the size of the laser cutter bed I was using.

The pincer swords were modeled after the pincers of Road Rash, and the grip was inspired by their tire tread. Initially, the blade of the sword was going to be 2 foam board pieces thick, but we ended up going with 1 board thick.

You can see a of picture of Overhaul and of Haru-chan’s in-progress scythe below. 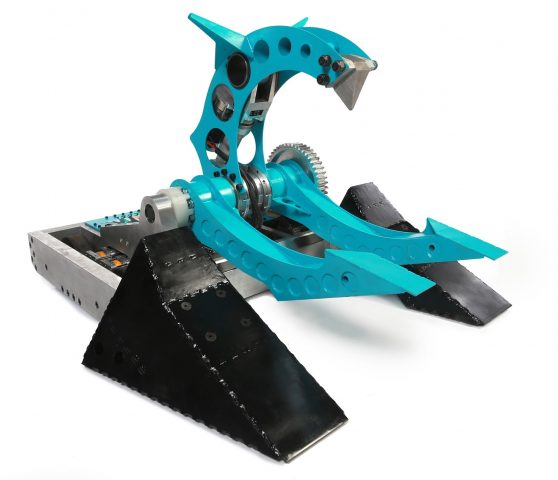 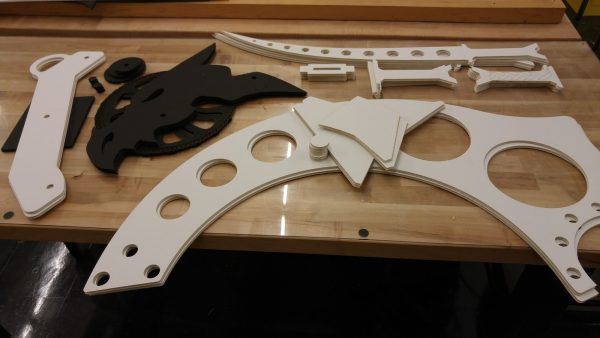 Read more about the build and also Cynthia’s Overwatch Hanzo costume at her website.

Electronics — Have any spare fuses?

Comments Off on BattleBots Participant Makes Cosplay Inspired by Overhaul