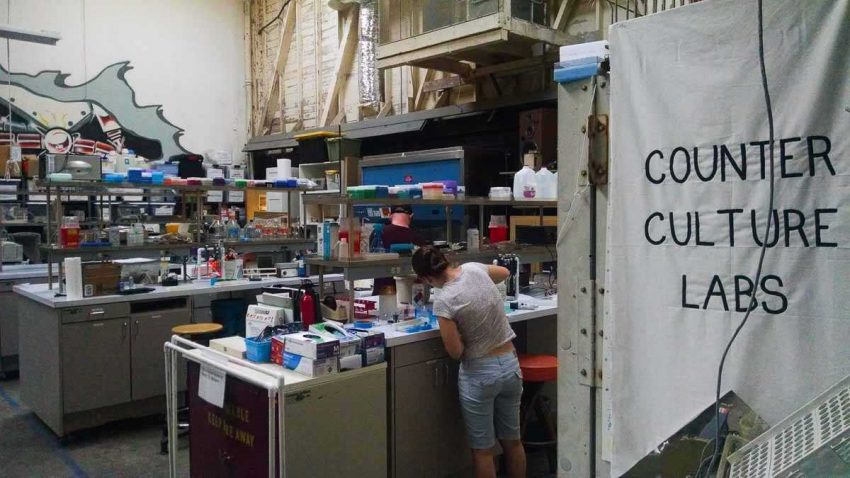 If you’ve been to the doctor recently, you have probably noticed the many posters about diabetes dealing with nutrition or special attention to feet. I’m in Philly, which is well known for the problem, and I was excited to find this California based bio-hacking group working on the issue through a post on Newsworks. Curiously named Counter Culture Labs, the group ran a successful campaign on Experiment back in December to get their Open Source Insulin project funded. Now their team of citizen scientists meets regularly to do the impossible—disrupt the pharma hold on insulin. Here’s their mission:

Developing the first open source protocol to produce insulin simply and economically. Our work may serve as a basis for generic production of this life-saving drug and provide a firmer foundation for continued research into improved versions of insulin.

This is challenging work because pharma companies are in a cycle of patenting modifications on previous insulins, while taking the previous ones off the market. This keeps prices high and also limits treatment to those who can afford it. In Philadelphia, I can tell you that many people with low or no income are affected, so I can only imagine how magnified the problem is around the world. 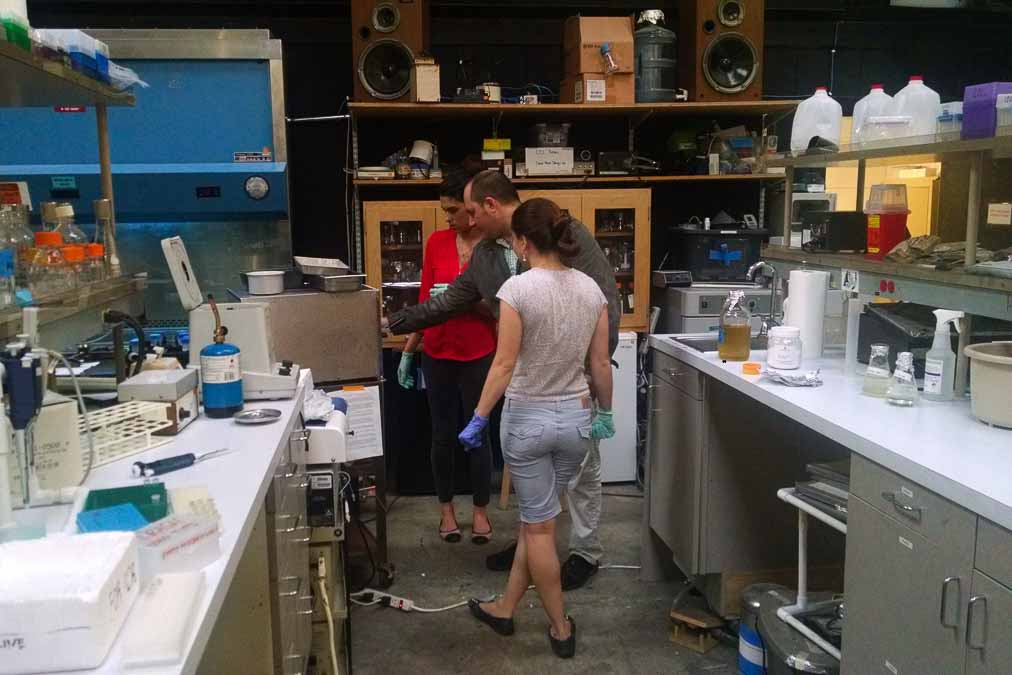 The lab is both professional and upbeat, led by Anthony DiFranco who is Type 1 Diabetes himself. If you visit you may find volunteers extracting DNA from mushrooms or searching for proteins in petri dishes using UV light. They are working on phase 1 of their plan dealing with DNA.

The team will insert an optimized DNA sequence for insulin into E. coli bacteria, induce the bacteria to express insulin precursors, and verify that human pro-insulin has been produced. We are trying two different sequences to maximize results.

Even if they are successful, they will need to figure out ways to protect the open source goals of their work, but the rewards are big.

If everything goes well, the hope is that a new generic form of insulin might only be one or two years away from starting FDA trials, and that in nearby Silicon Valley, there could be some big money investors with an interest in funding medicine that goes against the capitalist grain.

Counter Culture’s work joins other open source citizen science projects dealing with diabetes. Earlier in the year we reported on a Homemade Artificial Pancreas System using Raspberry Pi as well as the group #WeAreNotWaiting. Passionate citizen scientists are helping to speed up the process of solutions in a medical system bound by regulations. It’s going to take more than a village for this work, especially with the number of diabetics growing. Even if you’ve never touched a glass slide before it’s not too late for you to learn about labs. Check out our book Make: The Annotated Build-It- Yourself Science Labratory. Not only will you learn how to set up your own lab at home, but you will gain insight into the kinds of questions that propel research. Start the process at home and then find a bio-hacking group in your city. Open source means you. 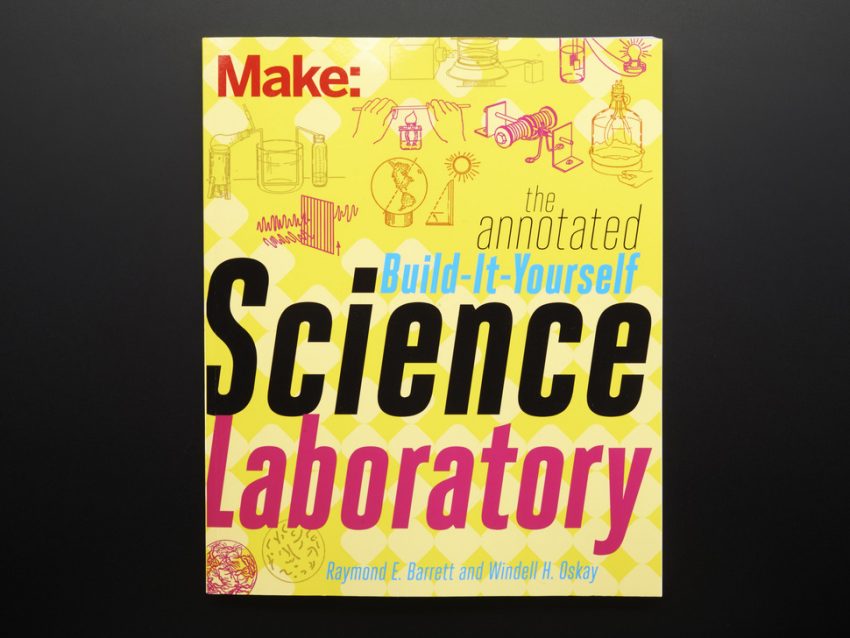 Comments Off on How to Make Insulin Cheaper? Hack It #CitizenScience #Diabetes #biohacking #health #science