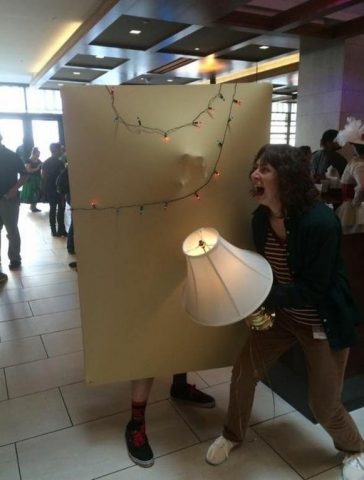 Stranger Things invaded pop culture when it was released in July on Netflix, and I’ve seen a handful of costumes from the show pop up at conventions. I’m hoping someone will tackle a full-on Demogorgon soon, but in the meantime, I’m happy with this creative take on Joyce and a Demogorgon pushing through the wall from the Upside Down. Redditor Aestheticus wore the Demogorgon part of the ensemble at Dragon Con; his girlfriend dressed as Joyce. He said:

Material for the wall was spandex. The frame was built out of pvc with a brace in the middle for me to hold on to. The Christmas lights were indeed powered by two c batteries, they lasted all weekend. 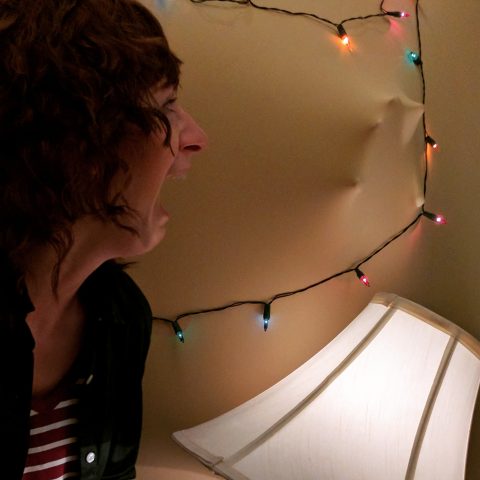 Comments Off on Stranger Things Joyce and the Demogorgon Costumes