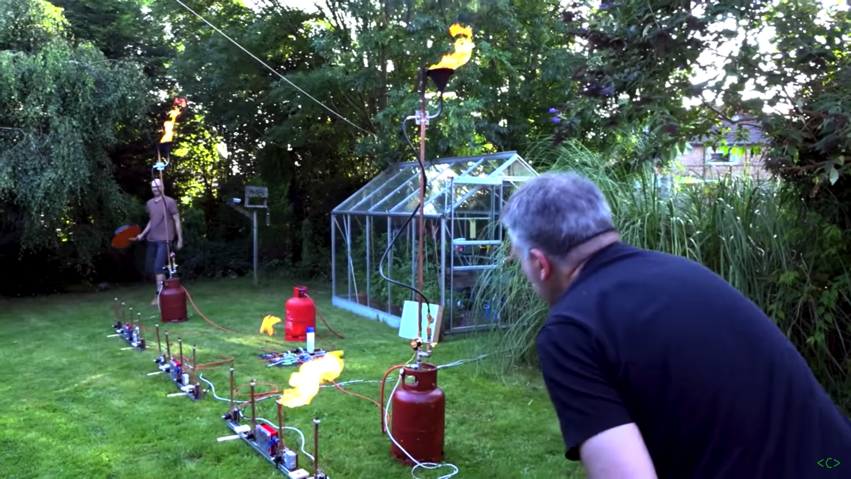 This giant live-action game of Pong is played with great balls of fire! Goodness, gracious…

Not only that, the Fire Pong project is controlled by a Raspberry Pi, which is the only thing that could make it more exciting.

“It’s like a one-dimensional game of pong,” says Matthew, “but with fire rather than pixels.”

“Fire Pong is also known as Rule Zero,” says Matthew. “Rule Zero for a hackspace says: ‘do not be on fire! Look your own safety and the safety of those around you’.”

At the same time, “Rule Zero has an asterisk after it,” jokes Matthew, “that says … ‘more of a guideline’.