In 1936, Montemayor helped to charter the women’s division of Laredo LULAC, a group of approximately thirty members, most of whom were married homemakers, secretaries, and other workers; most had a high school education. A highly active group, the council encouraged women to vote and to have aspirations to work outside the home. They supported abused children, raised funds for the Laredo orphanage and flood victims, bought school supplies for poor children, and sponsored a column in Laredo’s newspaper and in the published edition of LULAC news. Delegates also traveled to conventions and sponsored the Junior LULAC league. They worked independently of the men’s LULAC council, not serving as an auxiliary. 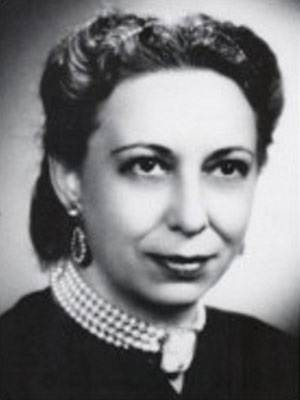 We have always said and we still maintain that at the back of progress and success the ladies take a leading hand. – Alicia Dickerson Montemayor, on the Laredo Ladies LULAC.

In the local chapter, she would serve as the first secretary for most of 1936–1937 and president from 1938 to 1939. As secretary, she would report the chapter news to the LULAC News column “Around the Shield”, which focused on local councils. In 1937 and 1938, she was one of two from the Laredo Ladies LULAC to attend regional conventions in Houston and El Paso. In Houston she was the only woman on a five-member finance committee, and in 1937 the majority male nominating committee named her to a national post. After April 1940, her name disappeared from LULAC News, ending her legacy with the organization.