Behind the Scenes Photographs from the set of ‘Alien’ #CelebratePhotography 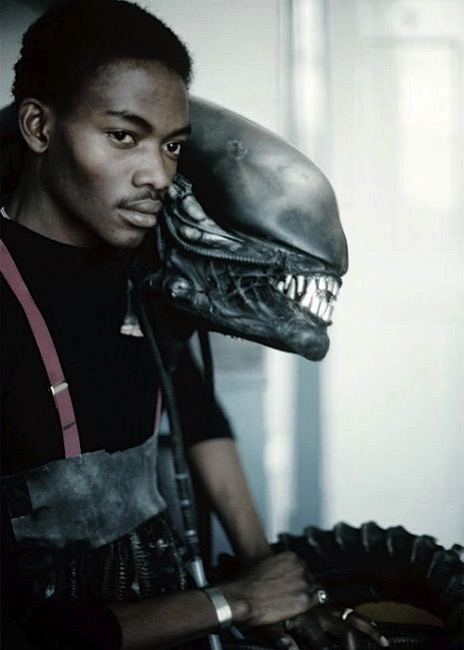 The man who wore the creature suit in Ridley Scott’s classic film Alien in 1979 was 6’10″ Nigerian Bolaji Badejo.

As soon as Scott saw Bolaji, he knew he had found the right person to play the Alien. Badejo was allowed to rehearse and practice his movements on the set of the spacecraft “Nostromo” prior to filming. Wearing a mock-up of the Alien head, Badejo moved gracefully, slowly, slithering and creeping through the spaceship’s corridors, as he later told Cinefantastique:

“The idea,” says Bolaji, “was that the creature was supposed to be graceful as well as vicious, requiring slow, deliberate movements. But there was some action I had to do pretty quick. I remember having to kick Yaphet Kotto, throw him against the wall, and rush up to him. Veronica Cartwright was really terrified. After I fling Yaphet Kotto back with my tail, I turn to go after her, there’s blood in my mouth, and she was incredible. It wasn’t acting. She was scared.”

These photos come various sources, and show Bolaji in his Alien outfit, along with Ridley Scott setting up shots and artist H. R. Giger preparing the sets. 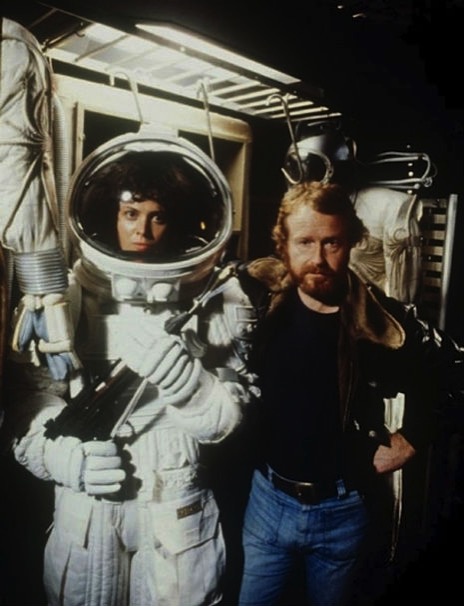