Big Caffeine Was Banned From Sports Competition For Twenty Years 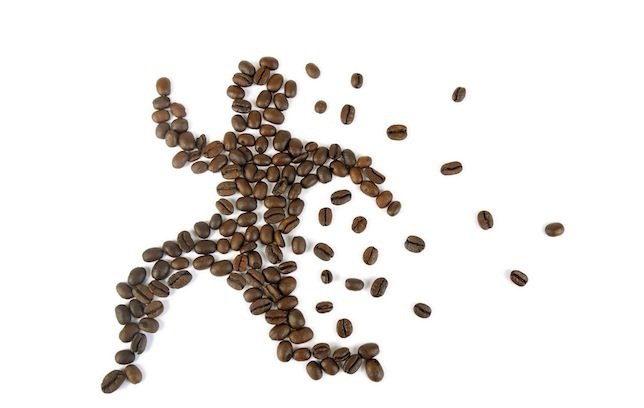 Sometimes The World Anti-Doping Agency (WADA) goes too far. Between 1984 – 2004 high concentrations of caffeine were banned from sporting events including all Olympic events. The rule was anything over 12 micrograms of caffeine per milliliter of urine was considered doping. The restriction has been removed for over a decade now, but caffeine is still actively being monitored by WADA.

Caffeine has been shown to enhance performance by 1 – 2%. The formula being used for the quantity of caffeine to ingest is 3 – 6mg per kg of body weight. This seems pretty intense as I weigh in at 60kg and taking 180 – 360mg of caffeine at once would be nothing short of a heroic dose. My typical aeropress or cold brew coffee is only in the 80mg range and that seems like a lot for me.

Via The Wall Street Journal:

U.S. swimmer Elizabeth Beisel did something a little crazy at the 2012 Summer Olympics in London. Before the biggest races of her life, she tried a performance-enhancing substance: coffee.

The results were electric. She swam two personal-best times and won a silver medal in the 400-meter individual medley and a bronze in the 200-meter backstroke.

At first, coffee’s impact was “100% physical. I could truly feel the effects on me,” recalls Ms. Beisel, who is headed back to the Olympics in Rio de Janeiro in August. “Now, it may be more mental than it is physical. It’s just become part of my routine.”
Caffeine is an oddity in sports, especially given recent doping allegations against elite athletes. It aids athletic performance, research shows, yet it is completely legal.

“I’d say at the elite level, the majority of athletes use caffeine,” says Steve Magness, cross-country coach at the University of Houston and author of “The Science of Running.” Many dietary supplements are unproven, Mr. Magness says, but caffeine “just consistently, repeatedly works.”

Research shows caffeine can confer a 1% to 2% benefit, he says. That won’t turn a couch potato into a world-record holder. But it’s significant for competitive margins measured in seconds or fractions of a second.

Desiree Linden, who qualified to represent the U.S. in the marathon in Rio, gulps a latte-flavored caffeinated gel from PowerBar, one of her sponsors, during races.

“It’s a nice little wake-up call towards the end,” she says.

The number of caffeine-infused sports products has grown. About a third of the more than 80 sports drinks and snacks from Gu Energy Labs, of Berkeley, Calif., have caffeine.

TrueStart Coffee, a Bristol, U.K., startup, sells premium freeze-dried coffee with a standardized caffeine level for use by athletes. Its revenue has doubled in each of the past four months, co-founder Helena Hills says.

Two-time Olympic 800-meter runner Nick Symmonds, who missed the U.S. trials with an injury, sells a caffeinated product called Run Gum to be chewed before training or competition.

A spokesman says WADA found caffeine no longer met at least two of three criteria for inclusion on the prohibited list. The criteria for banning a drug are that it has the potential to enhance sport performance, represents a health risk to the athletes or violates the spirit of sport.
WADA’s ruling opened the floodgates. In the four years after caffeine’s removal from the banned list, more than 20,000 urine samples from national and international competitions showed that three out of four athletes had used caffeine before or during competition, according to research led by Juan Del Coso of Madrid’s Camilo José Cela University and published in Applied Physiology, Nutrition and Metabolism in 2011.

Triathletes, cyclists and rowers showed the highest levels of caffeine, and gymnasts the lowest. (Perhaps coffee jitters and the balance beam don’t mix.)

More recently, Dr. Del Coso conducted about a dozen studies on caffeine’s effects in stop-and-start sports such as tennis and basketball. He put athletes through sports-related tests, such as squatting and jumping for volleyball players, and measured their performance.

Athletes who drank caffeine jumped a little higher and ran a little faster than athletes who drank a similar but decaffeinated beverage. Even 16 elite badminton players in simulated matches showed increased leg muscle power output and higher jumps after a caffeine drink.

Dr. Del Coso said in an email that he was most struck by the results of simulated soccer games. As recorded on GPS trackers, players who drank a caffeinated beverage sprinted more often and ran farther overall.

Pregnant women and people with heart problems should limit or avoid caffeine intake, according to the Food and Drug Administration. Many experts say caffeine shouldn’t be used by teenagers or children, especially in high concentrations found in some pills or supplements.

Some worry that caffeine could be a gateway to illegal performance-enhancing drugs. USA Swimming doesn’t endorse or recommend the use of caffeine by young swimmers, particularly in products like shots, drinks and candy.

Some athletes don’t respond to caffeine, and it affects some more than others, researchers have found. The potential downsides of moderate caffeine use include gastrointestinal distress, sleep problems, anxiety and nervousness.

Still, “I would argue that caffeine is at the low end of everything that can have side effects,” says Lawrence Spriet, a professor at the University of Guelph in Canada and co-author of the 2013 book “Caffeine for Sports Performance.”

He says the book might soon need updating to reflect recent findings. Among them: the cognitive benefits of caffeine during competition and mounting research that doses as low as 3 milligrams per kilogram of body weight can help performance. For a 190-pound man, that’s about 260 mg of caffeine, or a tall Starbucks medium-roast coffee.

Gary Hall Jr., the 10-time U.S. Olympic medalist, recalls having several espressos each day during his swimming career starting in the mid-1990s, even on days he didn’t swim. He says he avoided coffee before evening races to prevent sleep problems and nerves.

“Oftentimes for a big competition, you don’t need that, and actually you want to reel that in,” he says.

Ms. Beisel, 23, says that when she was a young teenager on the national team, “I remember the older girls coming into the meet with their coffee mugs. I wanted to be like them, but I absolutely hated coffee. I would pretend to drink it, but it would be tea or hot chocolate.”

Now, she likes the taste of coffee and drinks a cup before every race. Ahead of the Olympics, Ms. Beisel says she’s trying to cut back, “just so when I do race, it’s like that feeling when you have your first sip of coffee.”