Monitoring Streetlights with Cameras and Cars 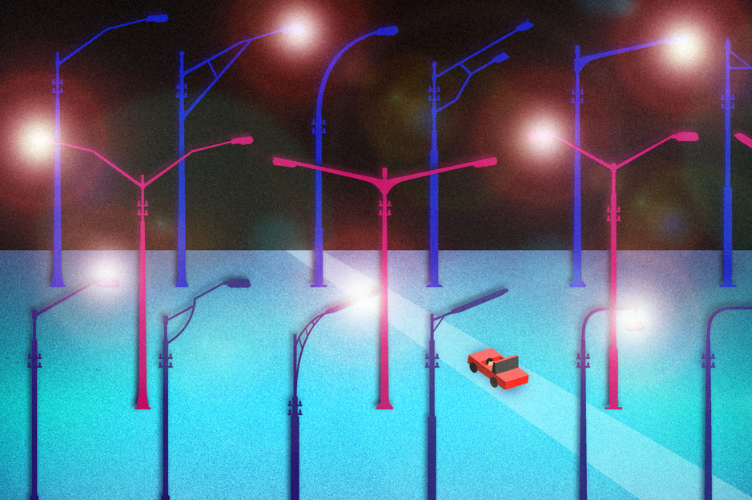 The MIT team came up with the idea of replacing manual inspections with a set of cameras and sensors mounted on top of a vehicle, in much the same way that Google uses vehicle-mounted camera systems to generate its street views. But in this case, the vehicles would prowl the city’s streets at night, picking up the location of streetlights using digital cameras and sophisticated software to distinguish between streetlights and other sources of illumination, and even to estimate the height of each lamp. Other sensors measured the exact level of illumination, in order to determine if lights were failing, or if there were dark areas between lights indicating a possible lamp outage or a need for an additional light pole…

…Rather than deploy a fleet of dedicated vehicles to carry out these surveys, which would be an expensive outlay for cities that are often cash-strapped, the team proposes that portable equipment be mounted on the roofs of city-owned vehicles that would already be crisscrossing the city anyway, such as police cars, buses, or garbage trucks. This could provide extensive coverage of a city at minimal cost. To demonstrate the concept, they carried out field tests in four cities — Cambridge, Massachusetts; Malaga and Santander in Spain; and Birmingham, UK — using portable equipment mounted on the roofs of economy rental cars or vans. After each of these tests, Kumar says, “we would disassemble our entire project, pack it up in a suitcase, and get customs clearance” to move on to the next test.